This project originated with a commission to DD Dorvillier by Judy Hussie-Taylor, director of Danspace in New York, for a retrospective that would eventually result in two distinct forms, Diary of an image and A catalog of steps presented at the same time but in different places, in France and in the United States. One element of the set links these two pieces: thirteen colored flags whose design refers to thirteen previous works by the choreographer. Their presence gives the performances a ceremonial note but also brings the joy of popular celebrations.
For Diary of an image, the scenic device was completed by 3 light silhouettes in mirror, with the figures of the protagonists of the show, and 96 cushions which reproduced the pages of the book published for the occasion. 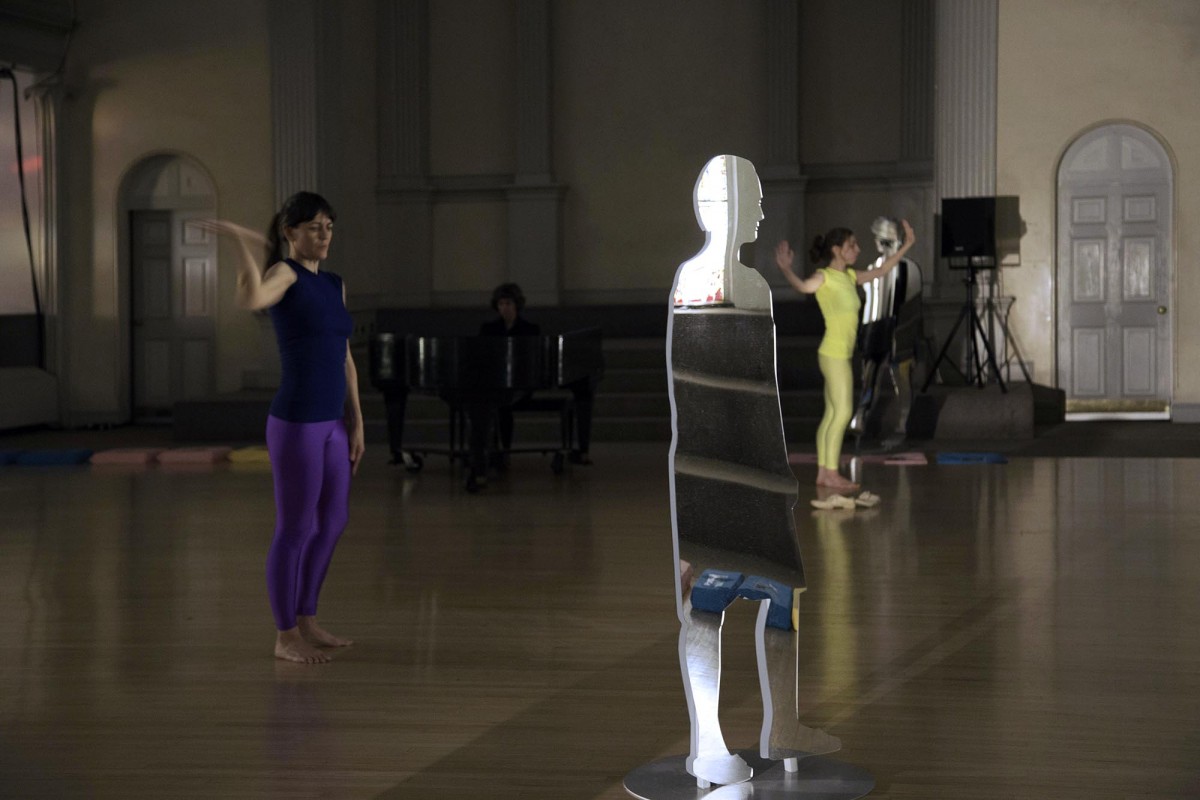 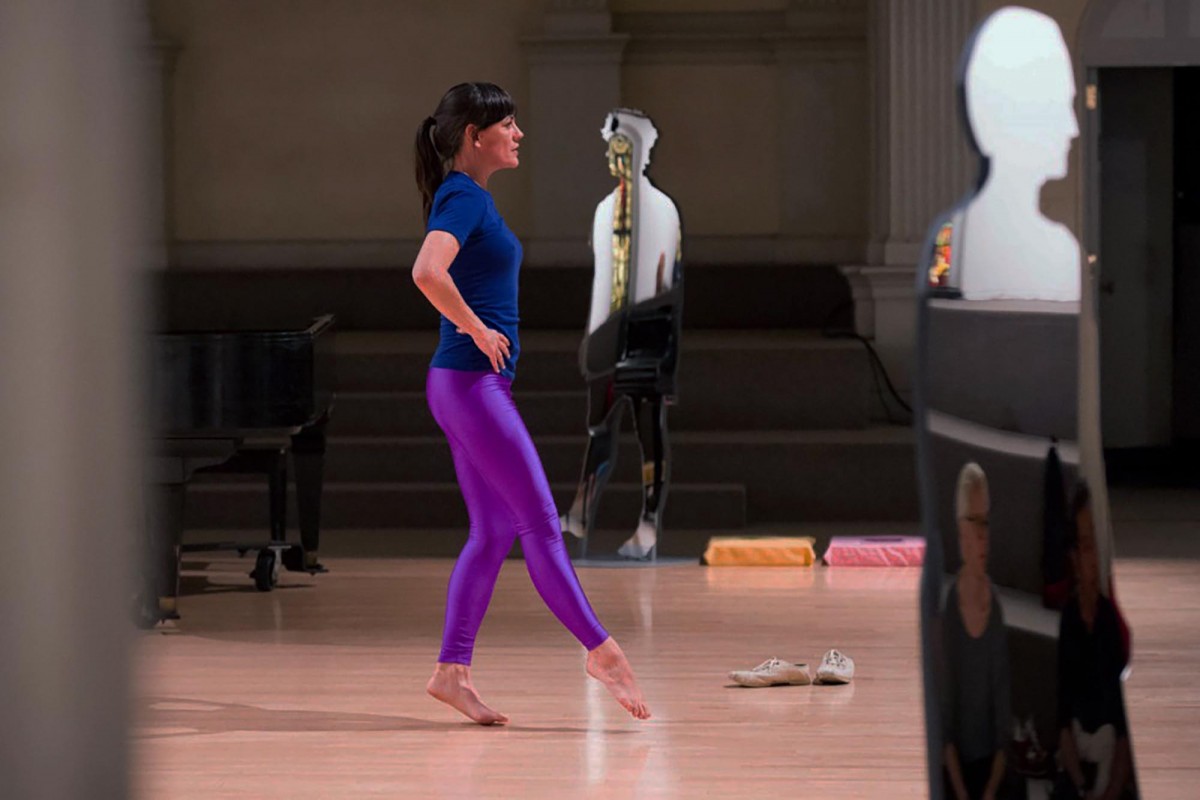 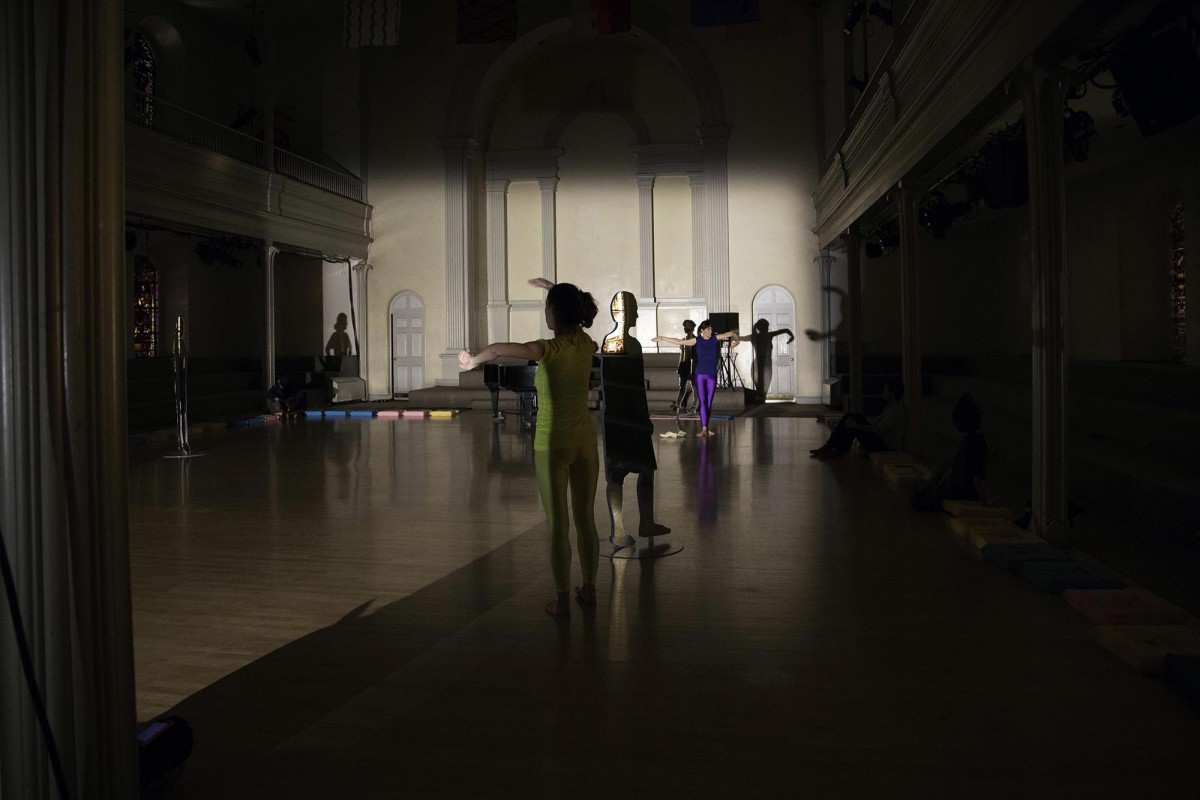 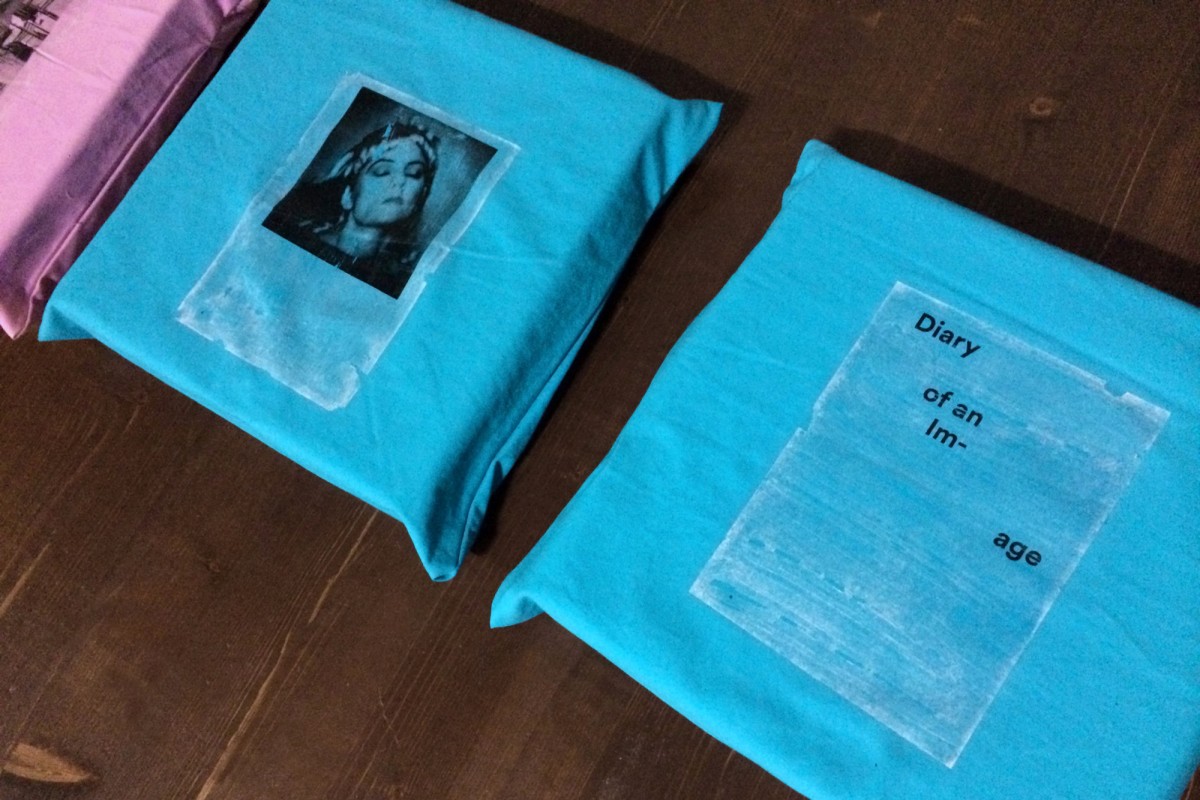 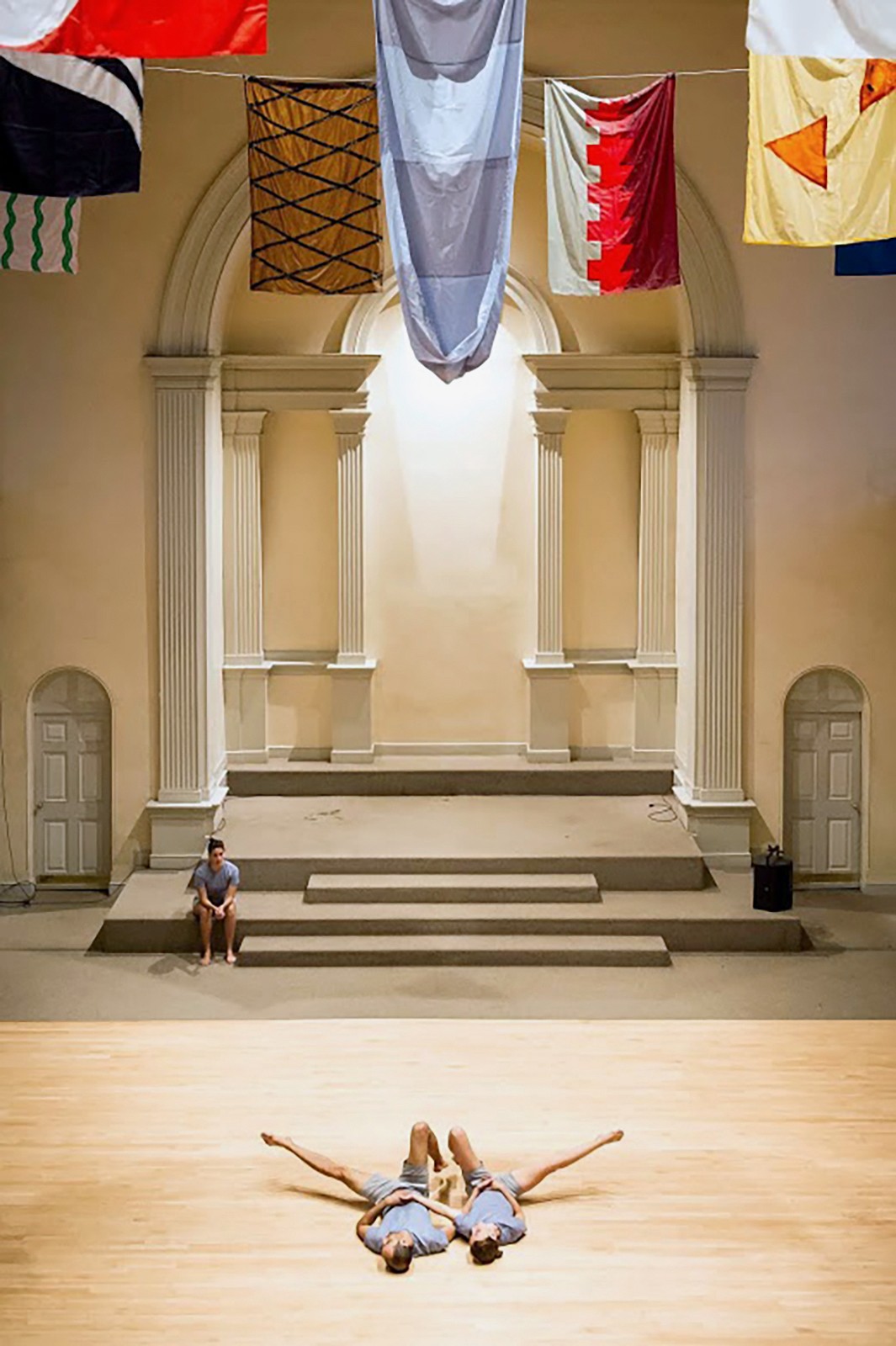 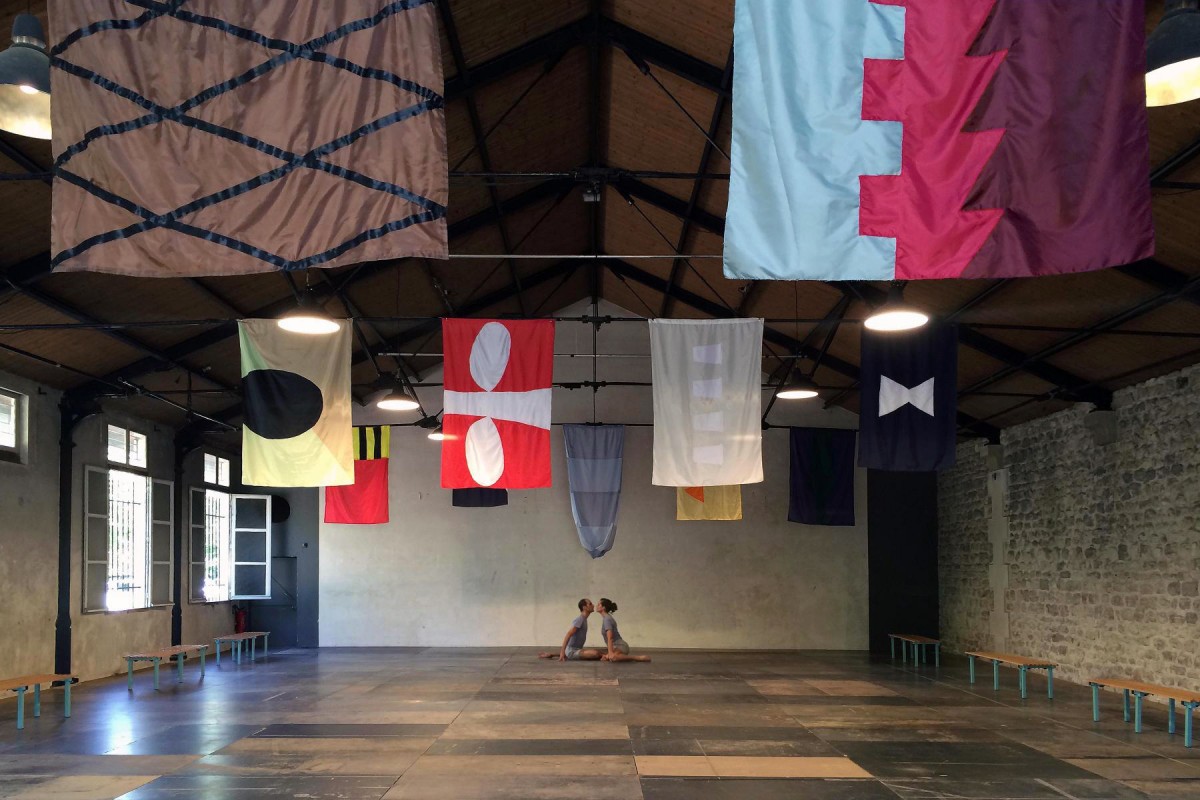