A tribute to Jean-Christophe Averty - a prominent figure of French television in the 60s and 70s - the collective exhibition The Averty Show was presented in 2015 at the contemporary art centre Le Confort Moderne, in Poitiers (France). Plunged into darkness, the installation conceived by Vadrot consisted of a series of walls covered with a thin layer of aluminium foil, enhanced with posters realised by French graphic designer Fanette Mellier that featured the iconic television test card patterns. Recalling the same motif, a large wall-window - made of plexiglass panels tinted in red, blue and green - closed the space. Finally, the space was furnished with large benches on which visitors could sit to watch TV shows - all from the Averty archive - broadcasted in boxes in the format of old television sets. 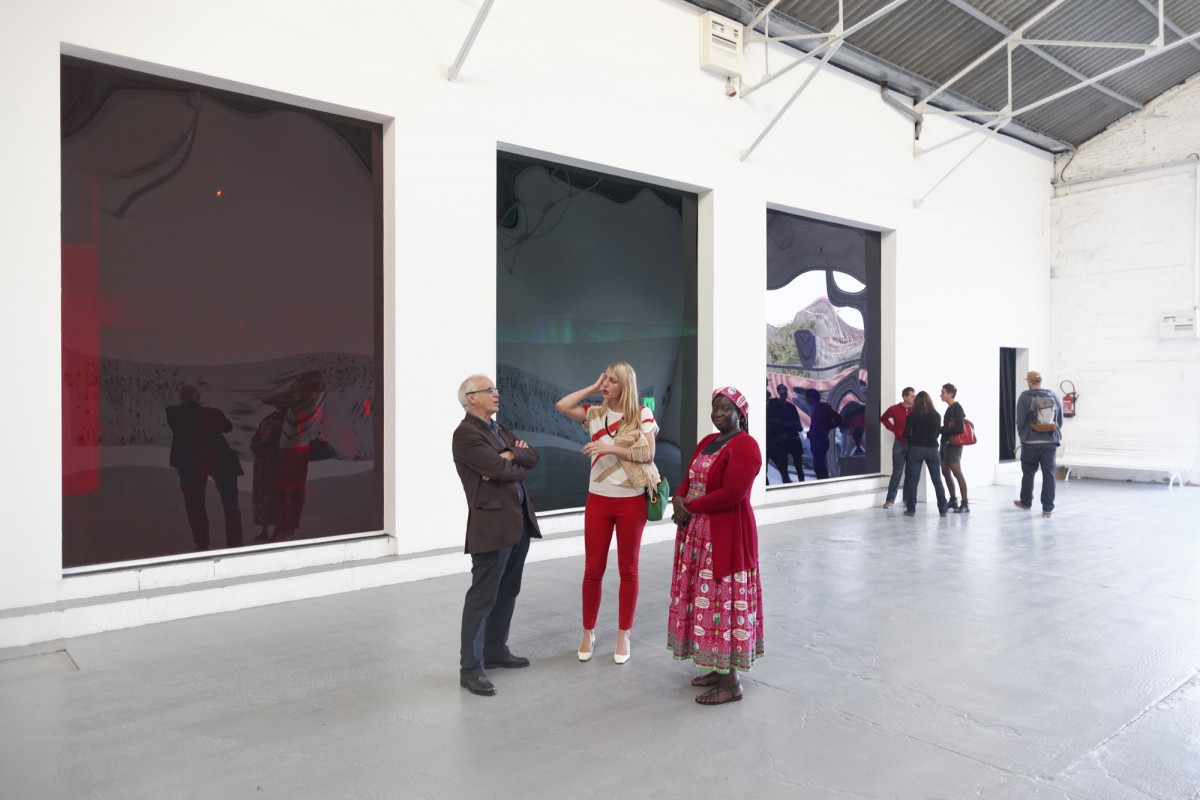 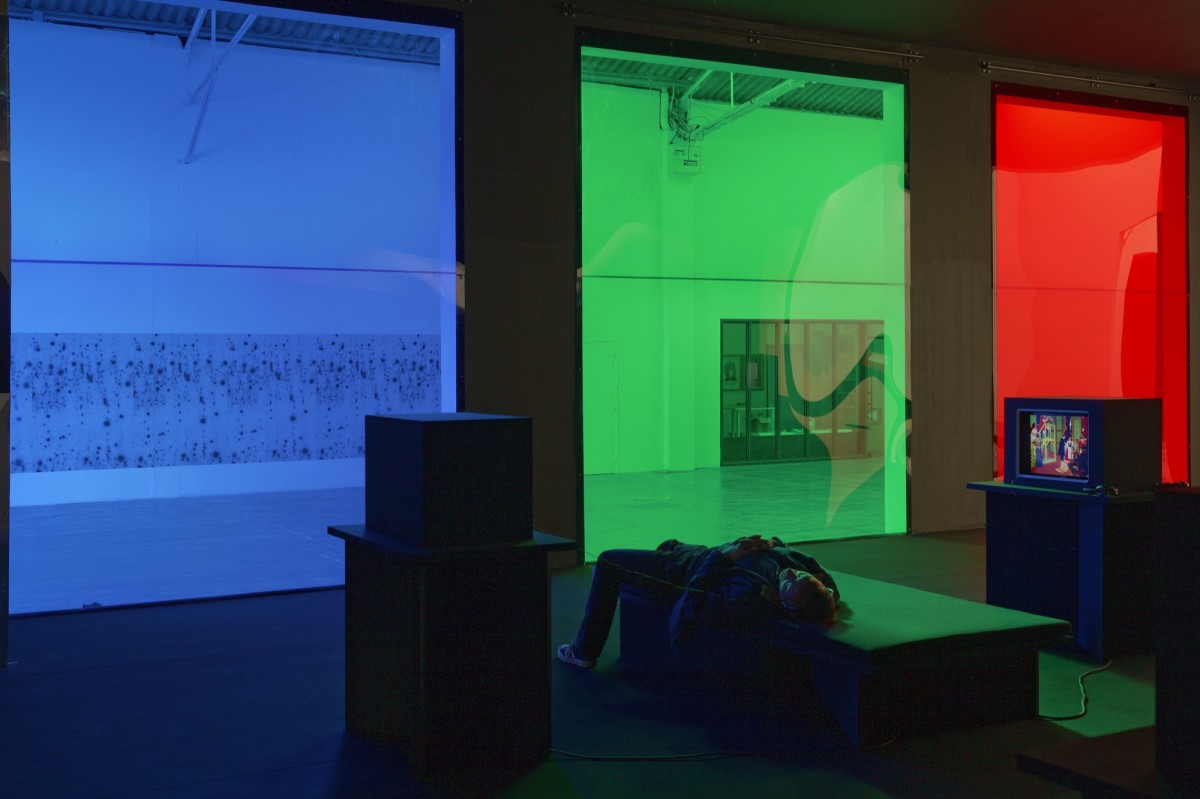 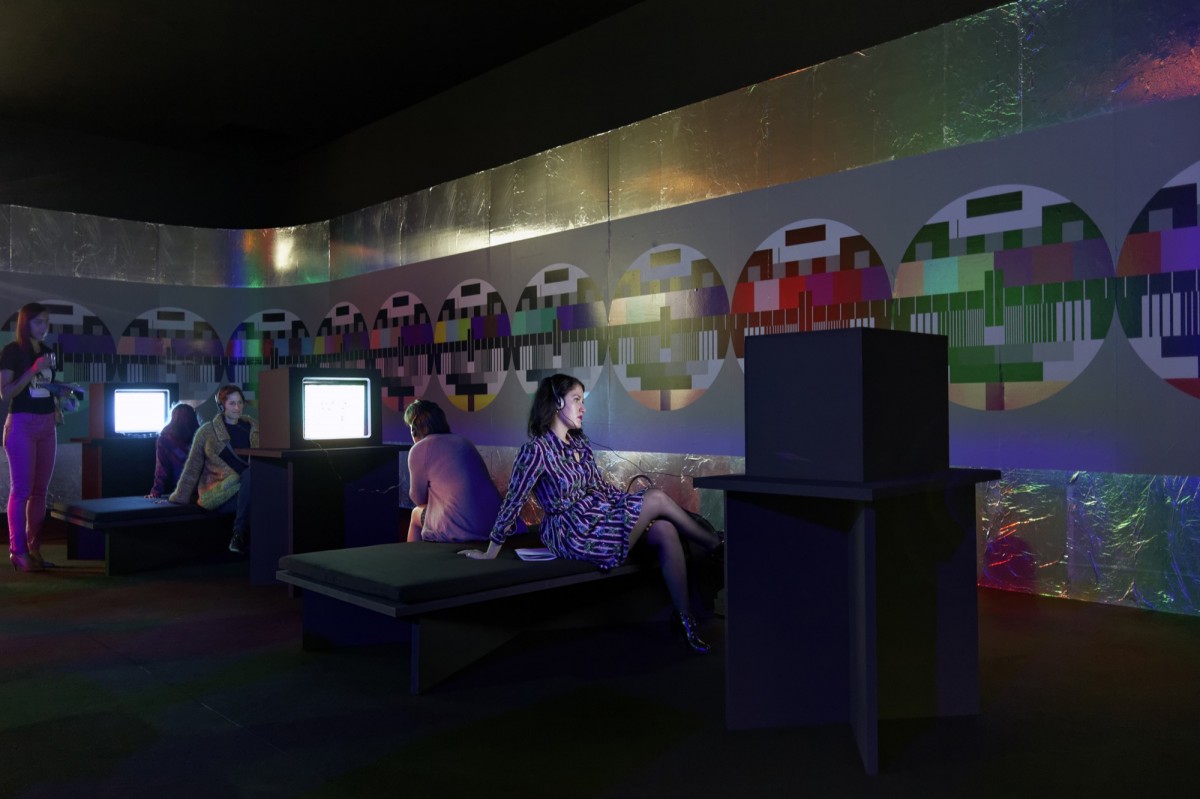 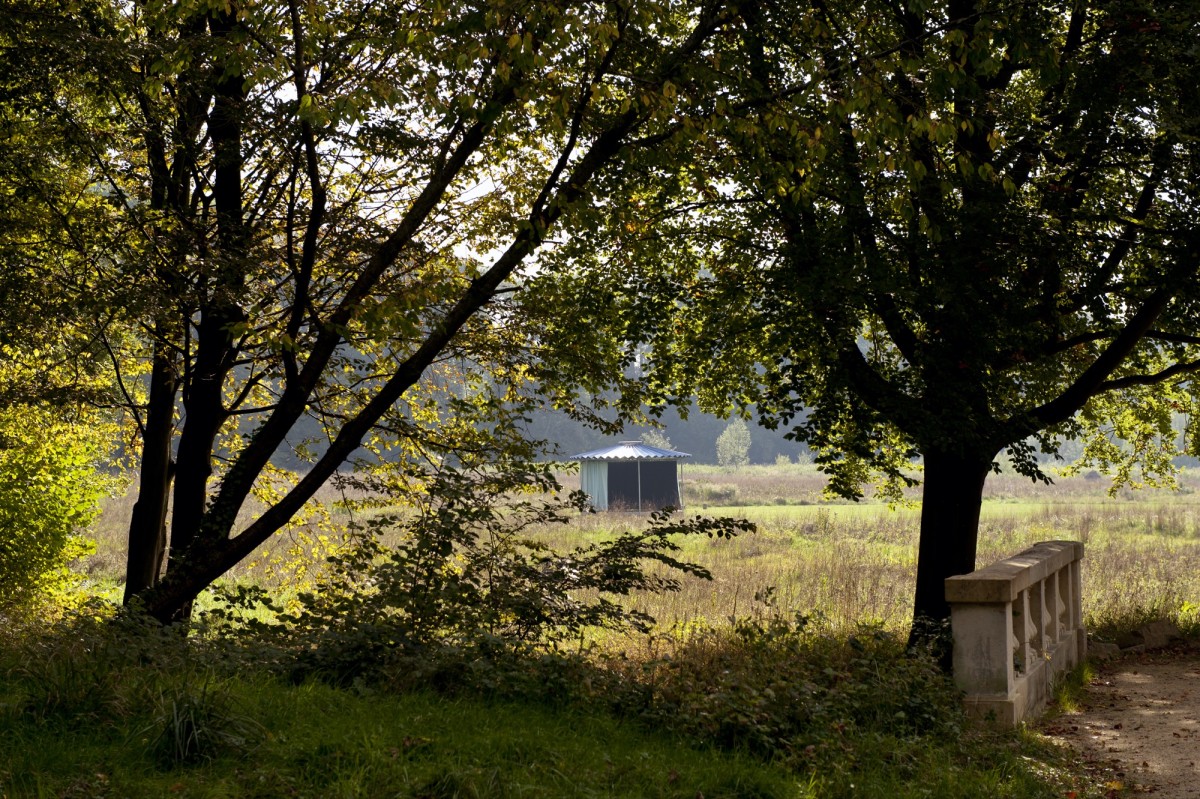 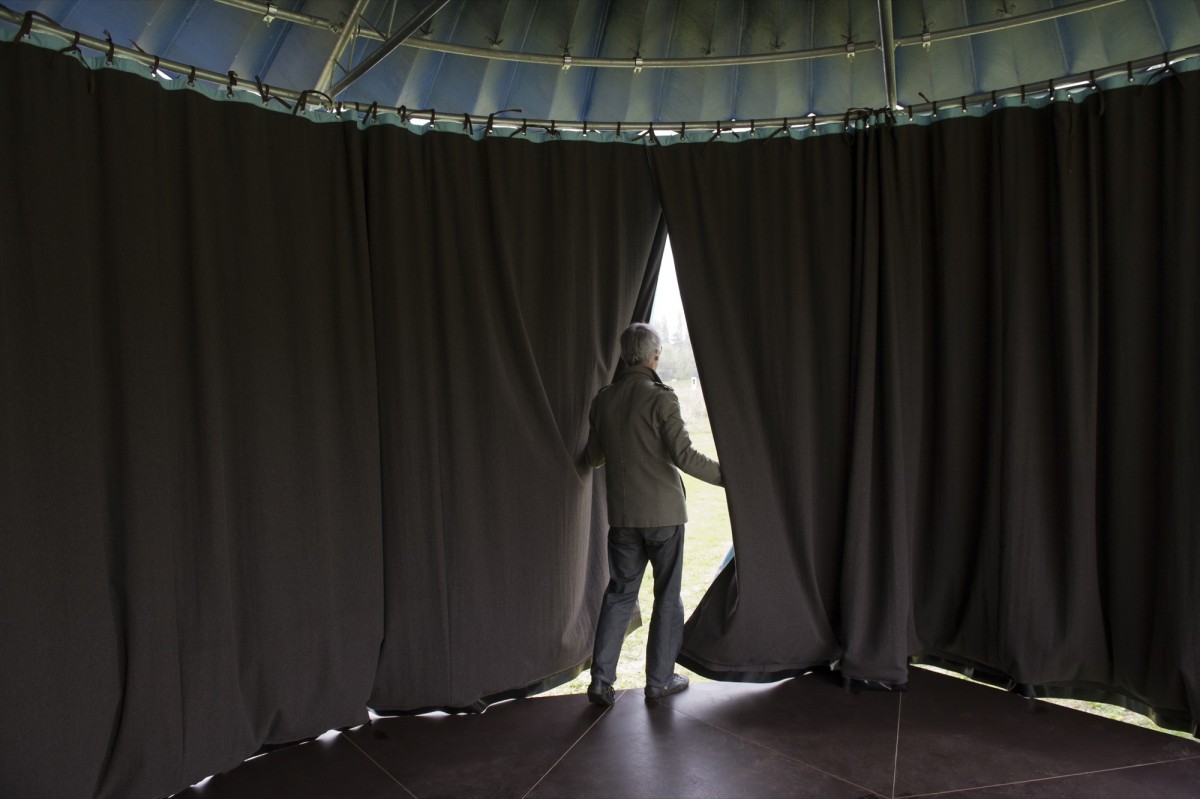 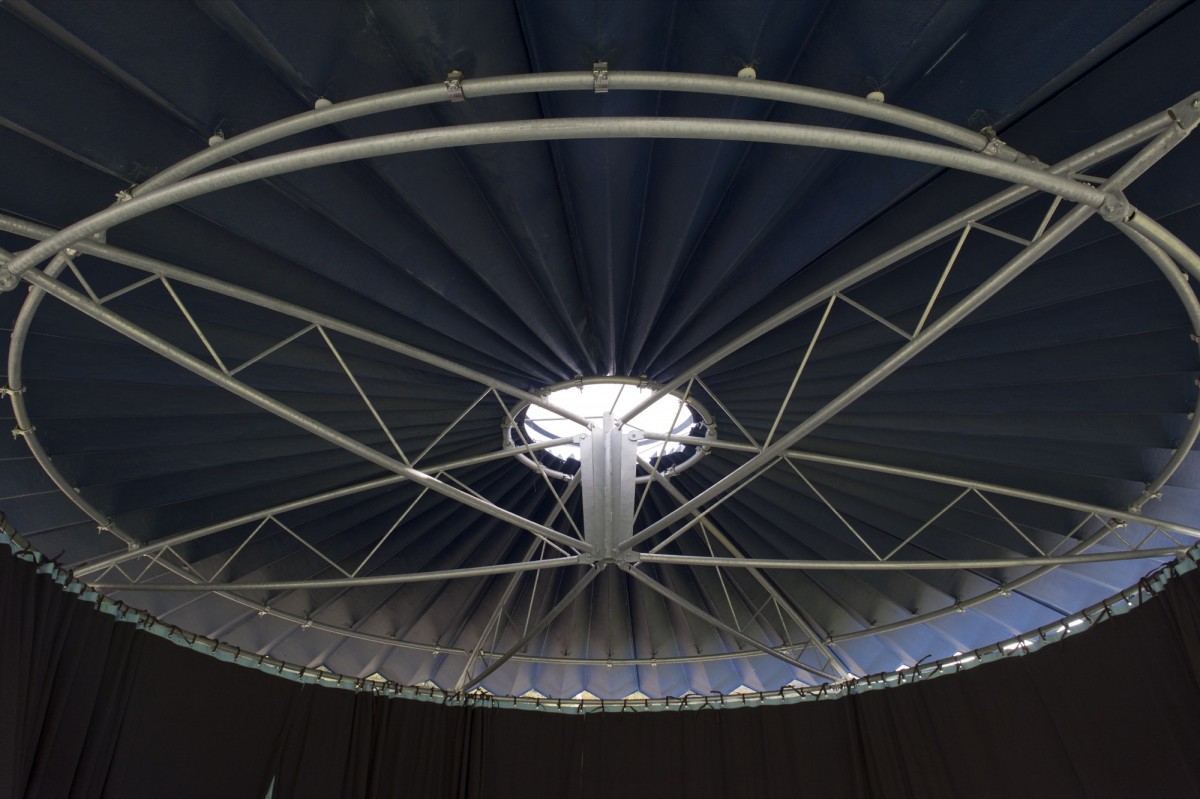 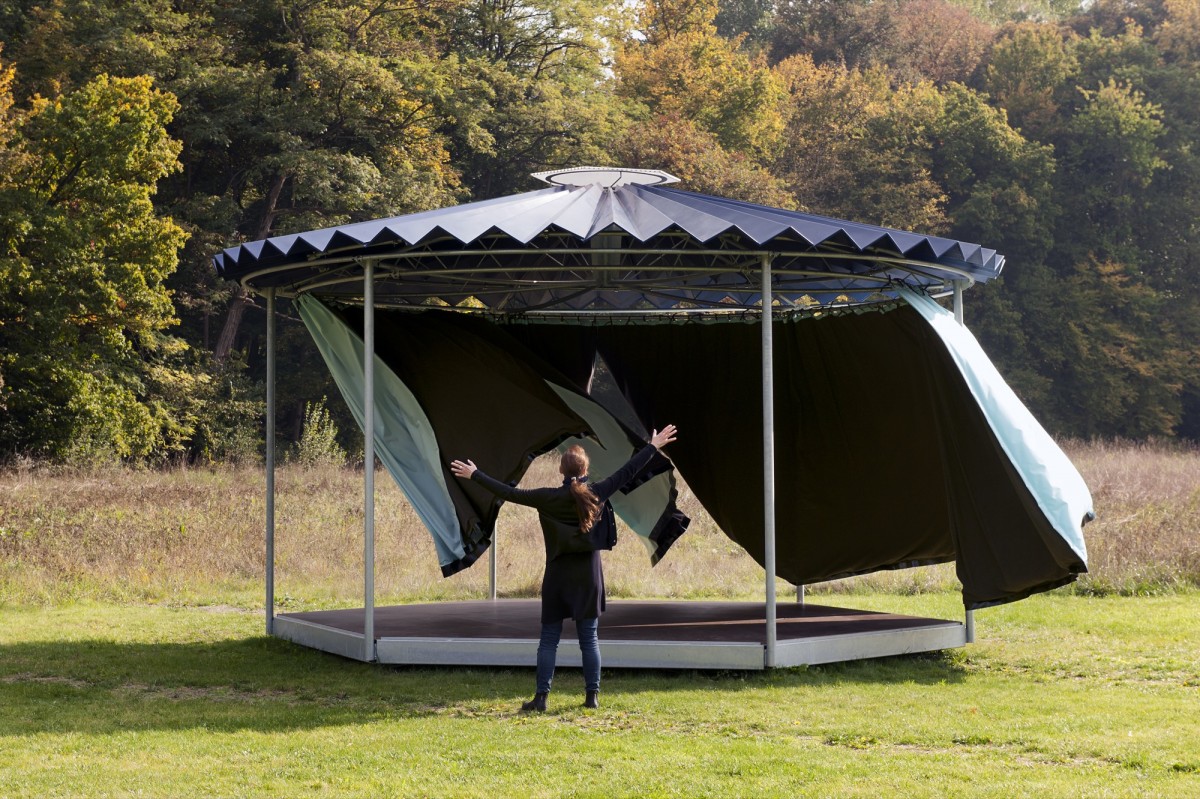 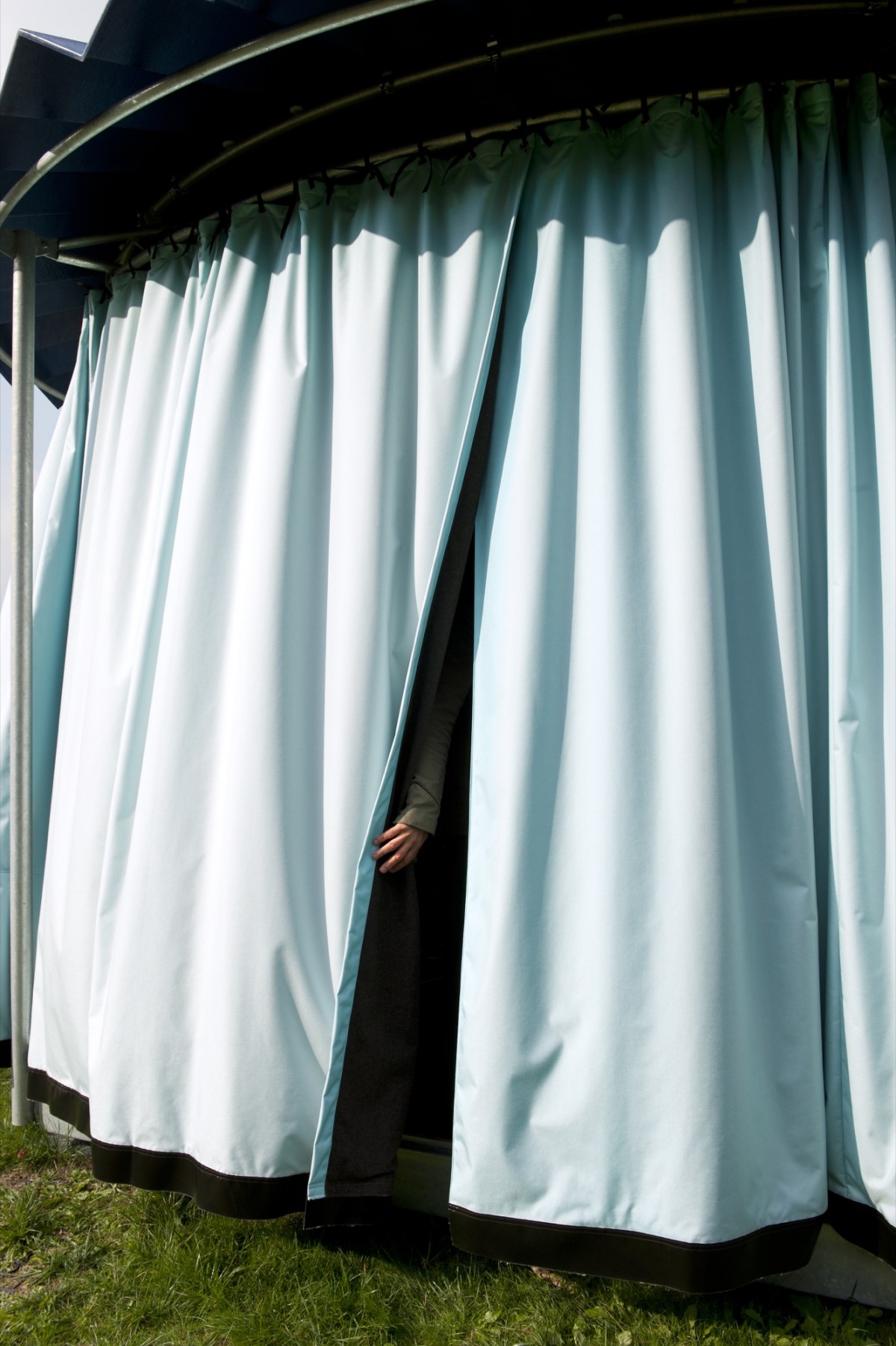