Work realized for the site of the Interregional Direction Centre-Est of Météo France in Bron (Rhône).

The commission was for the creation of a weather vane to indicate the Météo France site, in the business park near the airport in Bron, near Lyon. Rather than a single large object, whose movement is all the less perceptible as it is heavy, the idea is to privilege the overall movement of a multitude of small weathervanes, usually used for pleasure boating. Their overall movement, progressive, fluid and fast, will make one think of a flight of starlings or a school of fish. The tree-like structure of the weathervane is made of galvanized metal, in an identical aspect to the other measuring instruments already present on the site. 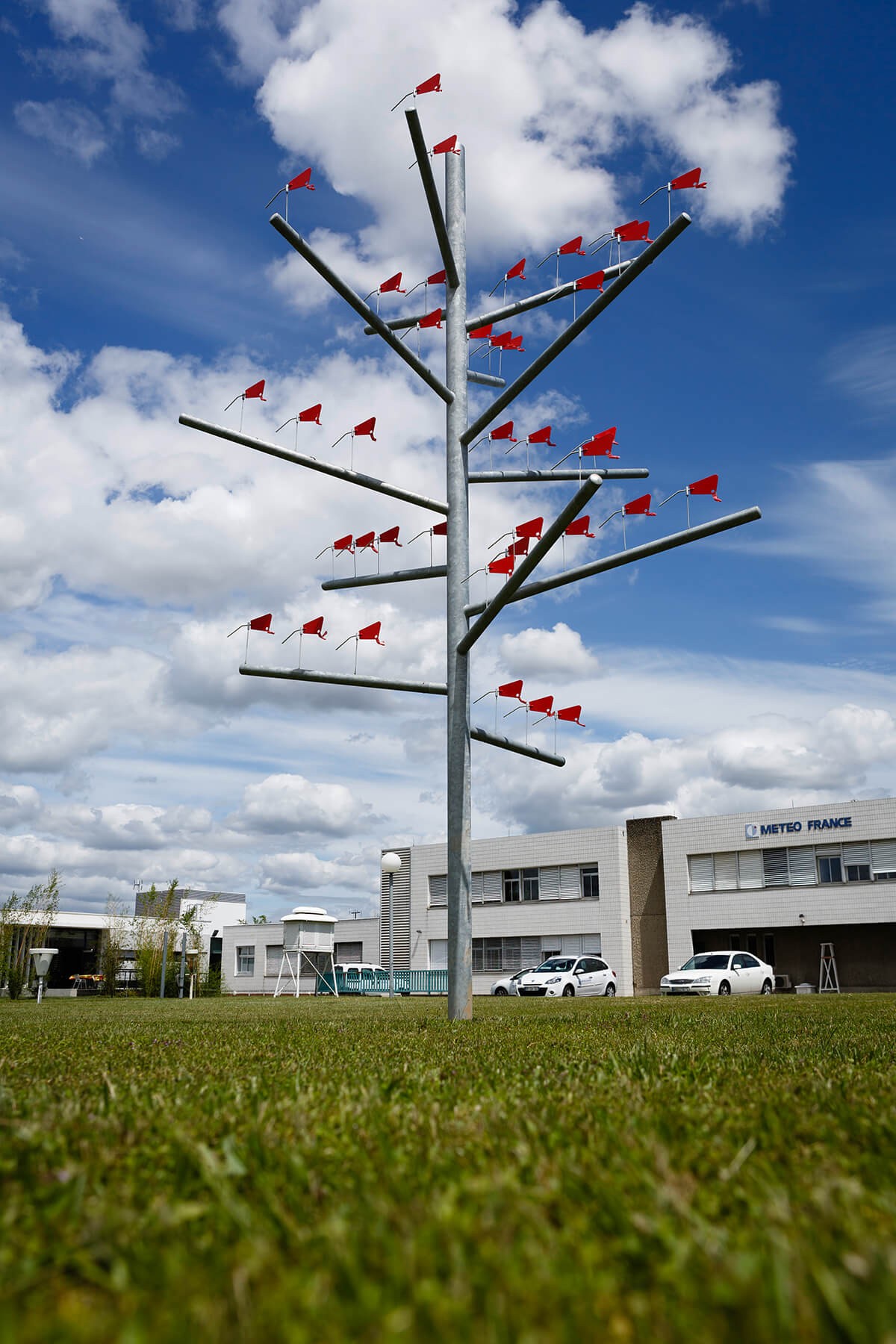 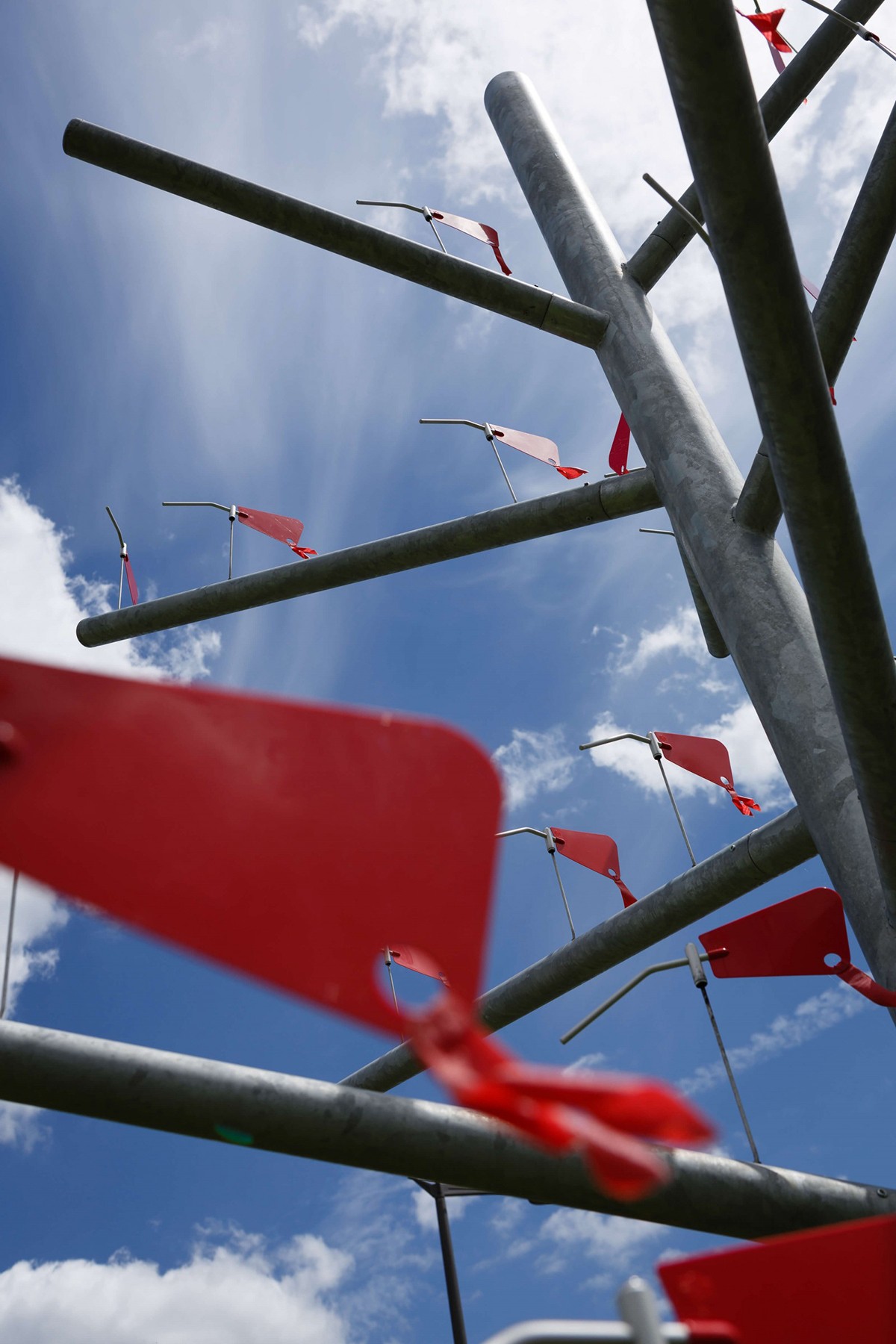 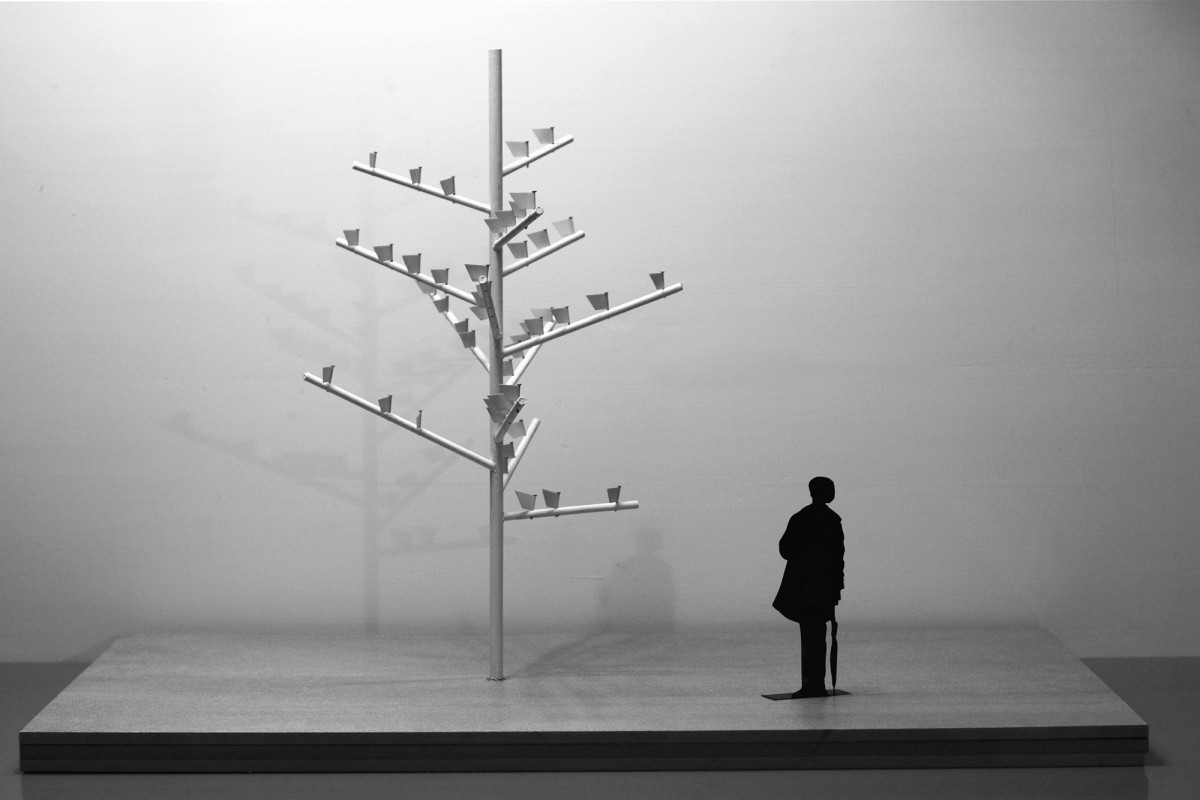 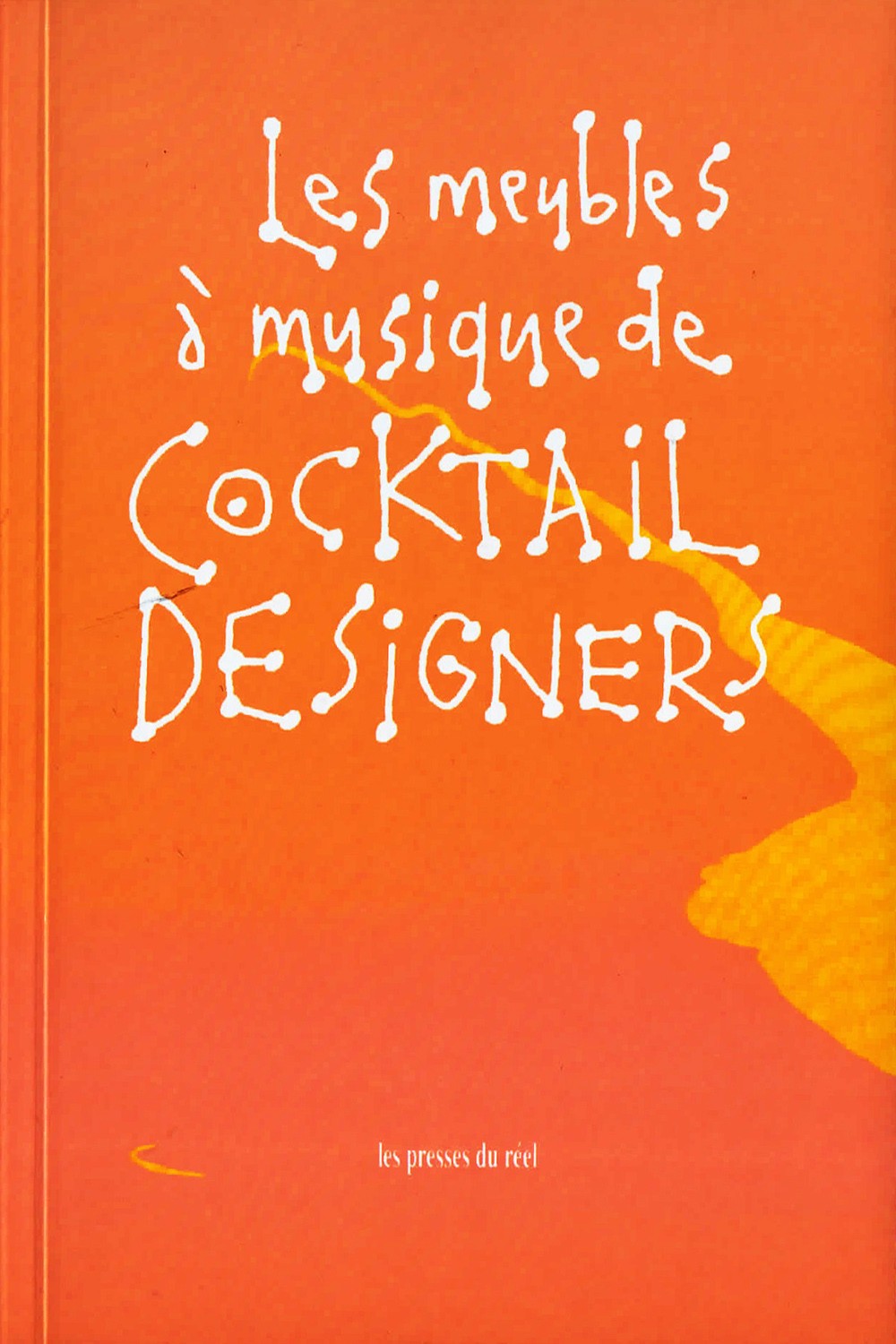