Ikria is the ancient Greek word for the first ephemeral wooden structures dedicated to theater seating, before they were set in stone. If we know them by the texts that have come down to us, the only physical traces that remain are holes left in the rock, where they were implanted (in the theater of Dionysus at the foot of the Acropolis in Athens for example). A drawing of the architect Sebastiano Serlio, in the Renaissance, tries to restore them. It is from this model that I conceived Ikria, a small stand in Douglas fir wood, intended for public readings and performances.
The project was first installed in 2020 for the Rochegude garden in Albi, France, at the initiative of the art center Le Lait. In 2021, the technical workshops of the city of Clermont-Ferrand realized 6 new examples according to my plans, destined to different districts of the agglomeration within the framework of the event “Altitude 2028”. 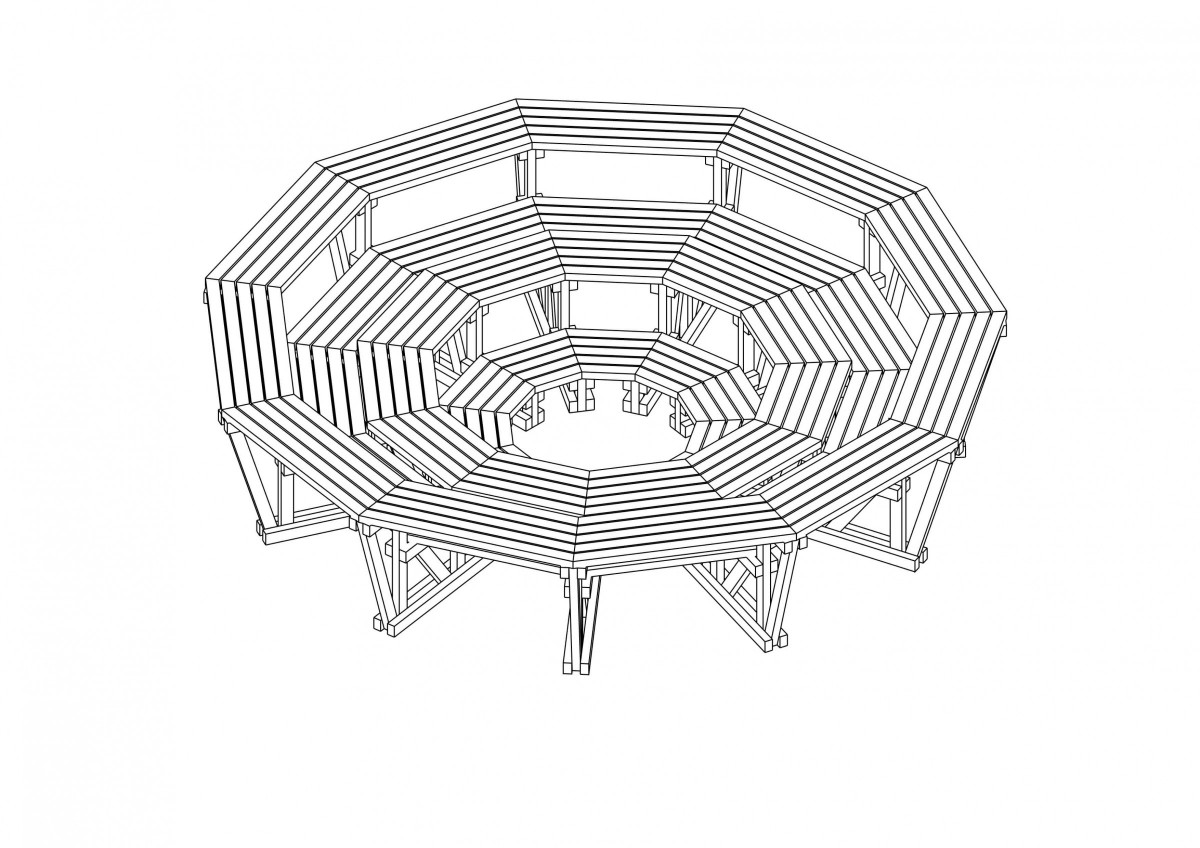 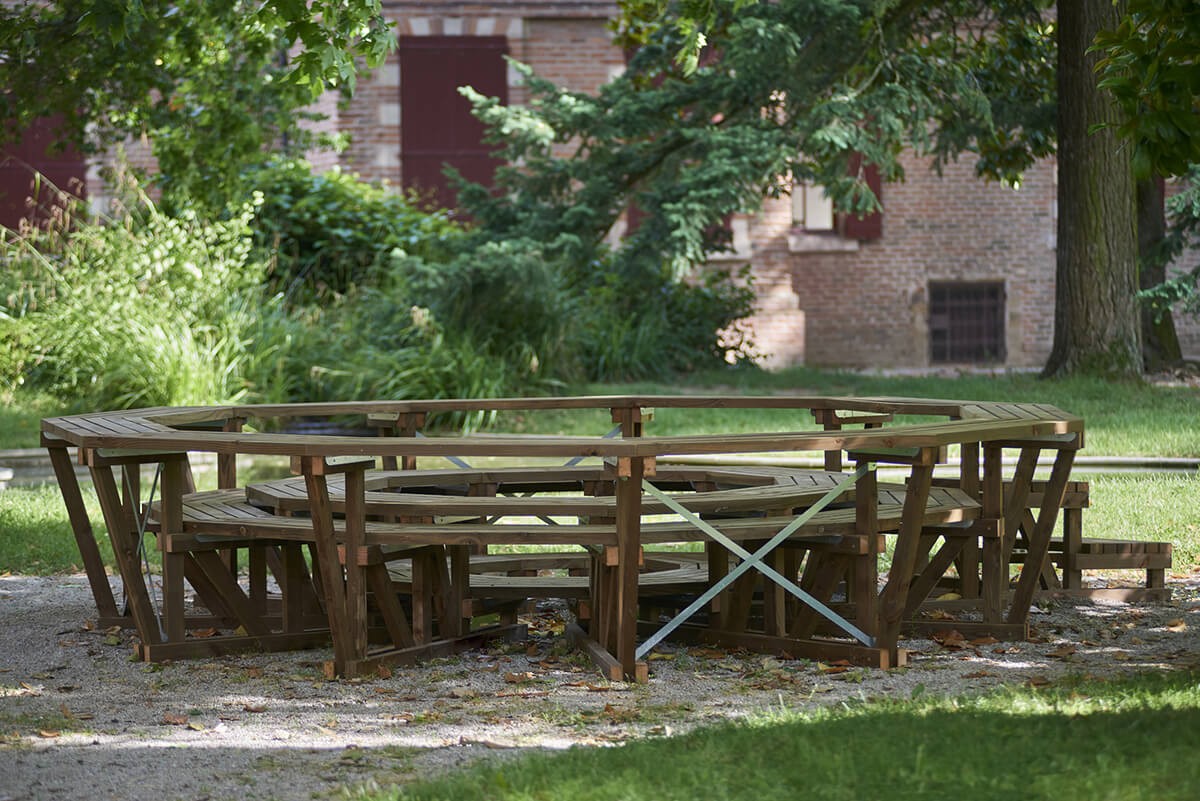 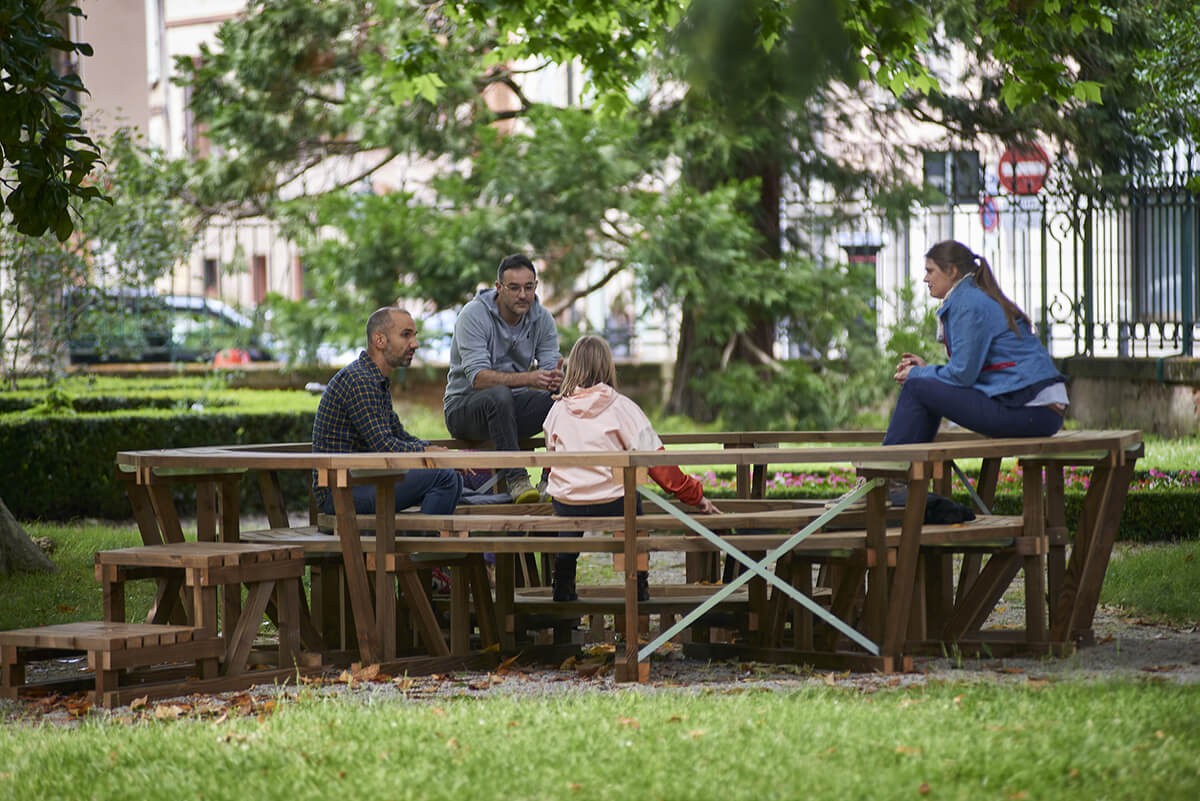