Taking over the ceilings of the new police headquarters of Tourcoing (North of France), Drapeaux - which means “flag” in French - is an acoustic solution inspired by the small prismatic volumes coating the walls of music recording rooms. Playing with repetition, the little foam elements are covered with coloured fabrics - in the tones of the French flag - and are irregularly fixed to the ceiling, creating organic and abstract shapes. Currently defined by three precise shades - Pantone Blue Reflex, Pantone Safe and Pantone Red 032 - throughout history, the French flag has changed considerably in terms of colours. Drapeaux proposes to delve into this visual evolution which, over the centuries, was depicted by painters such as David, Delacroix or Monet. 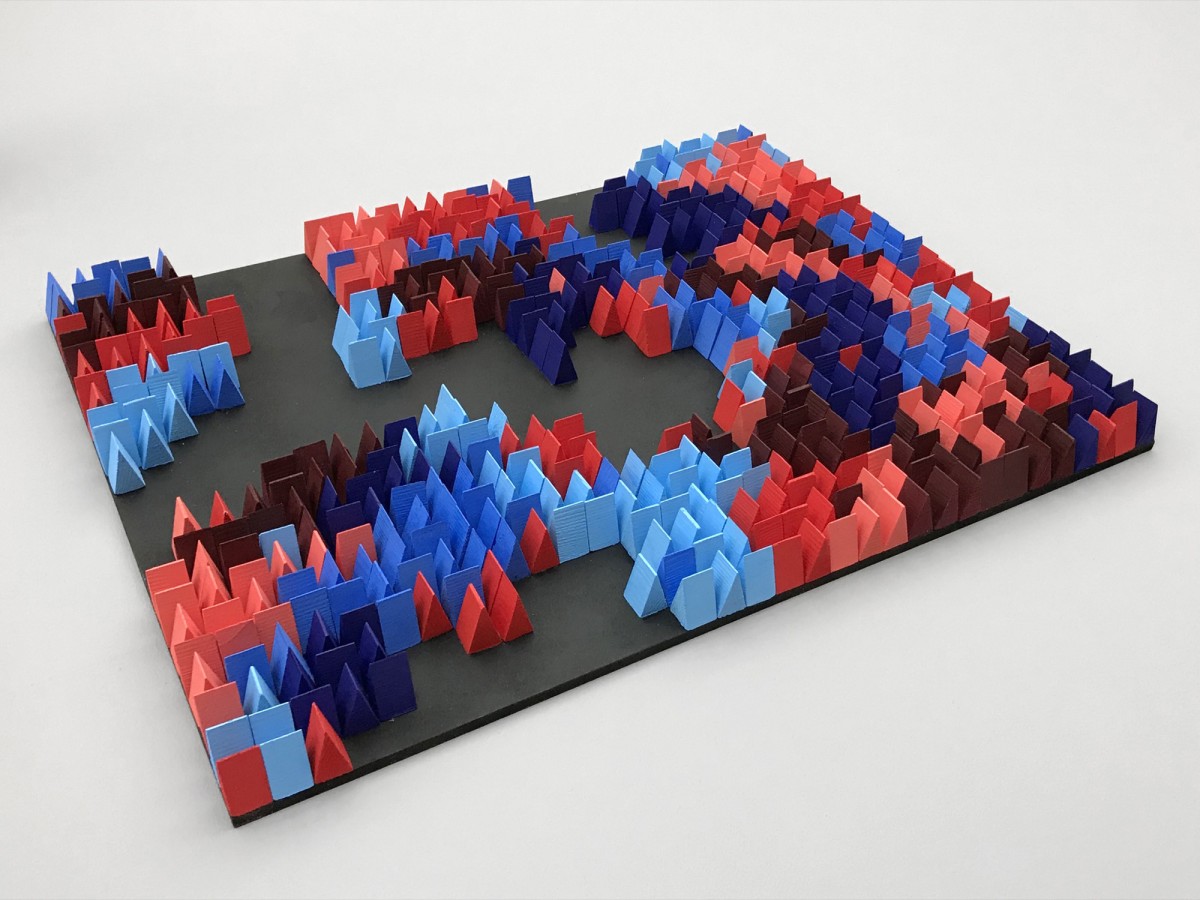 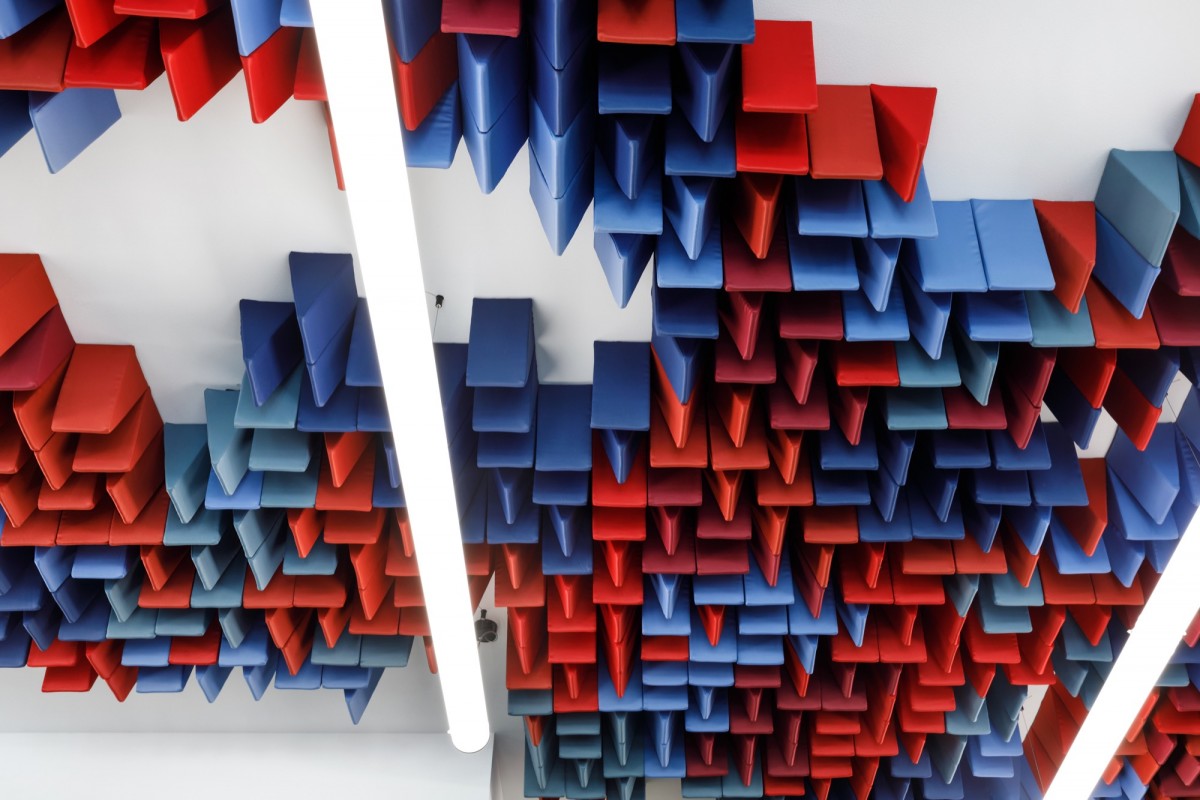 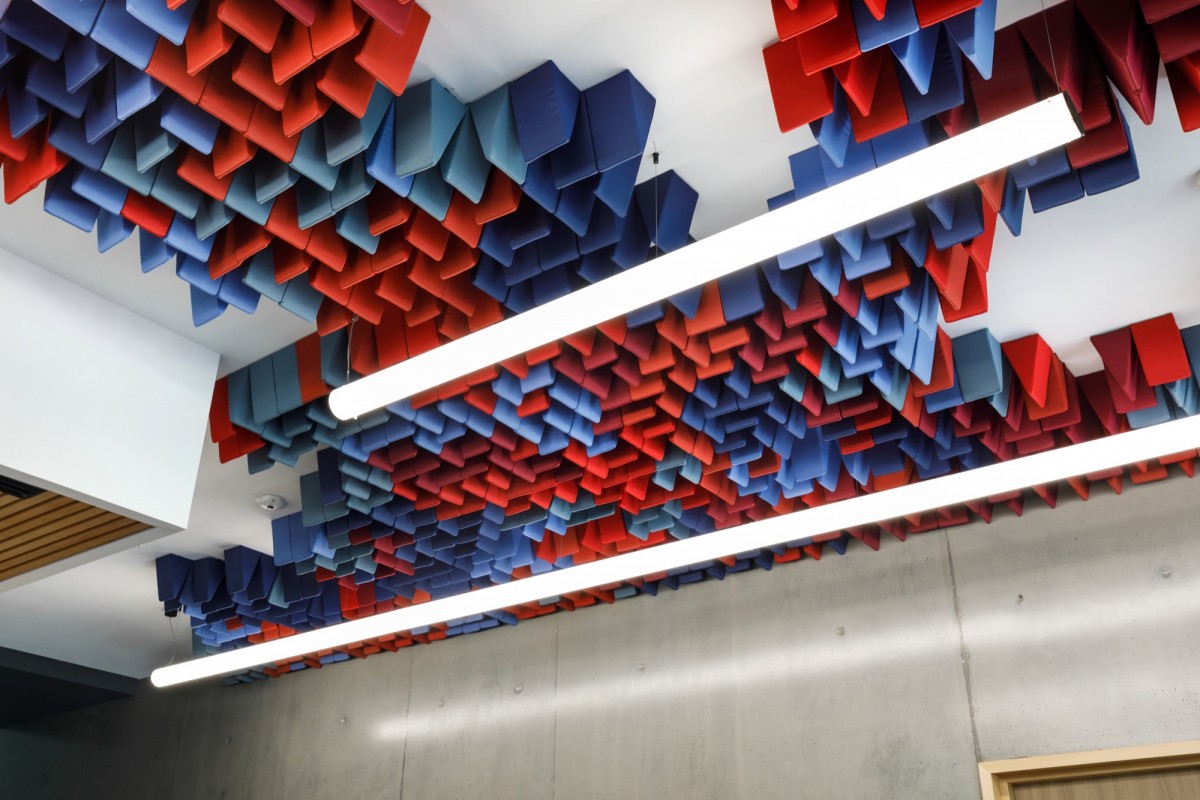 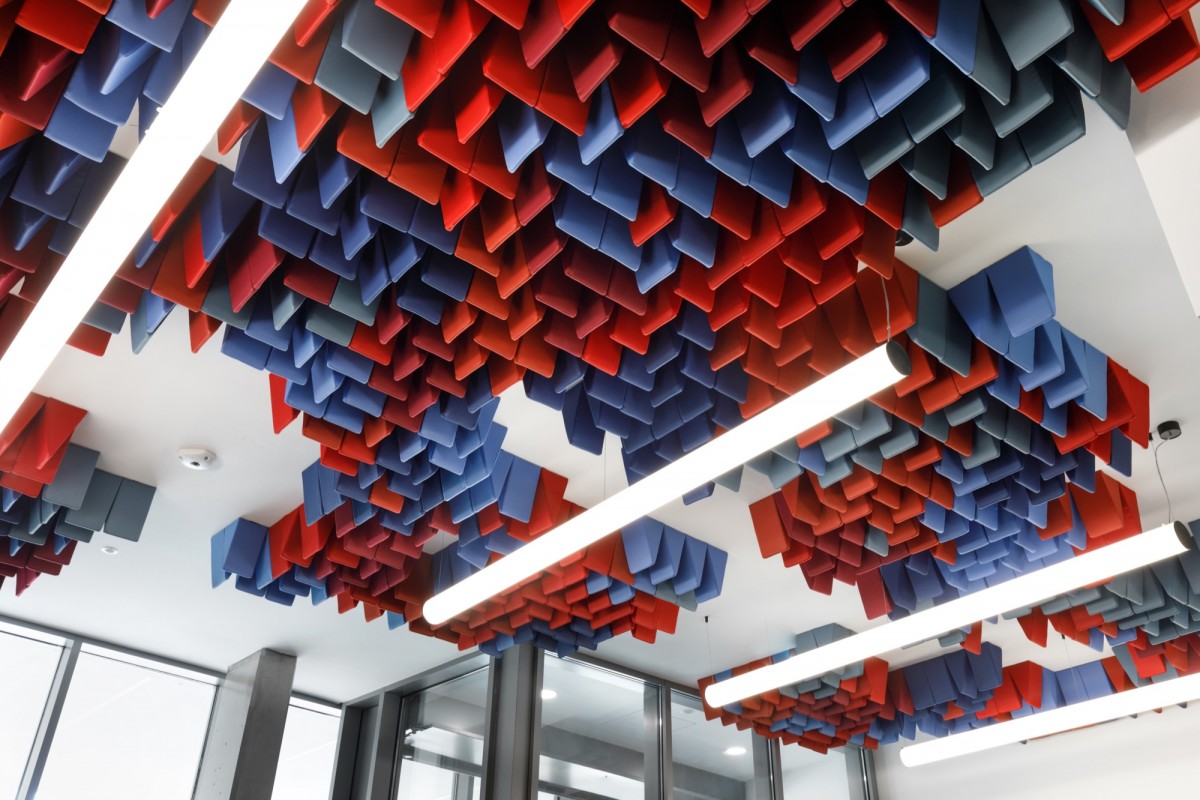 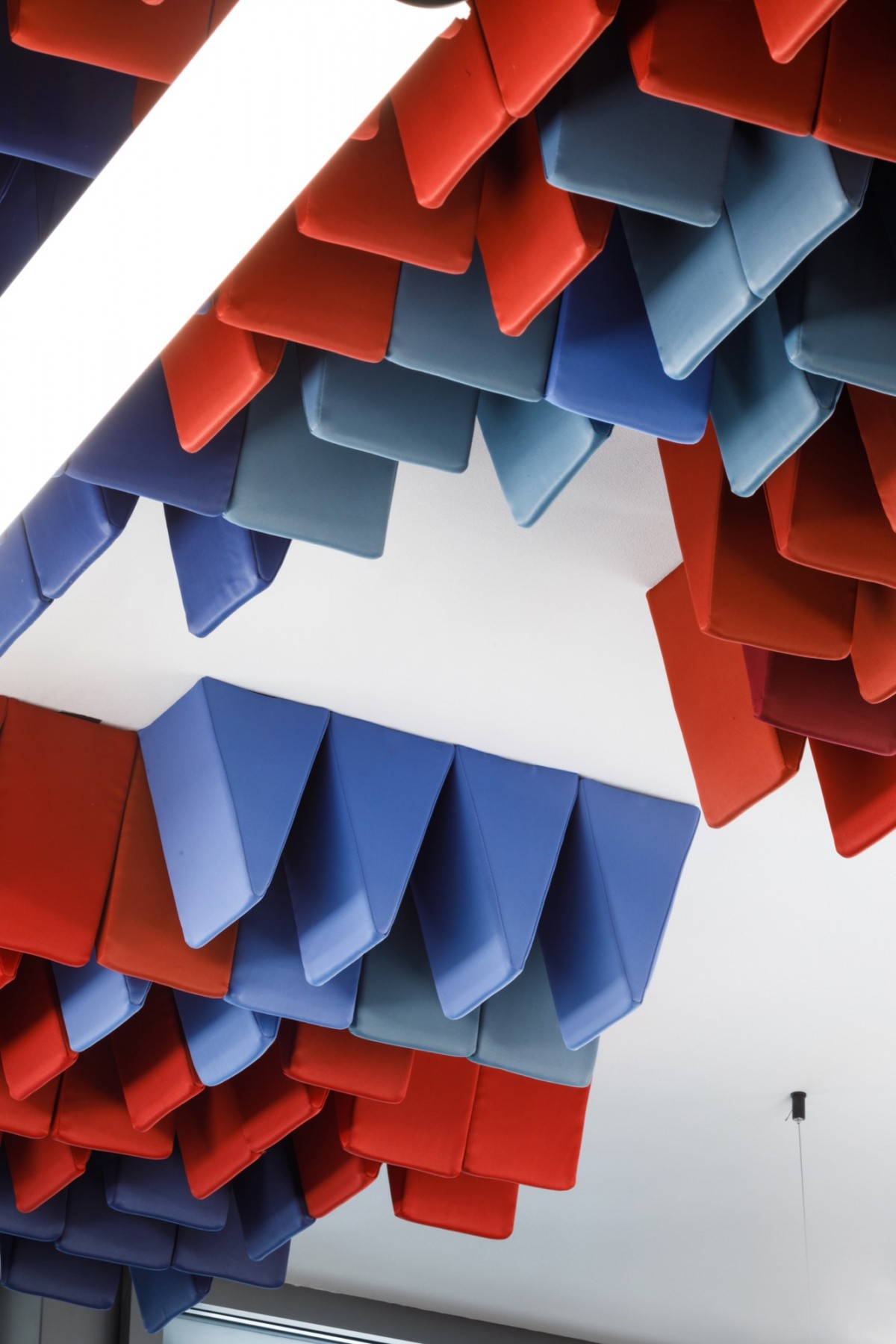 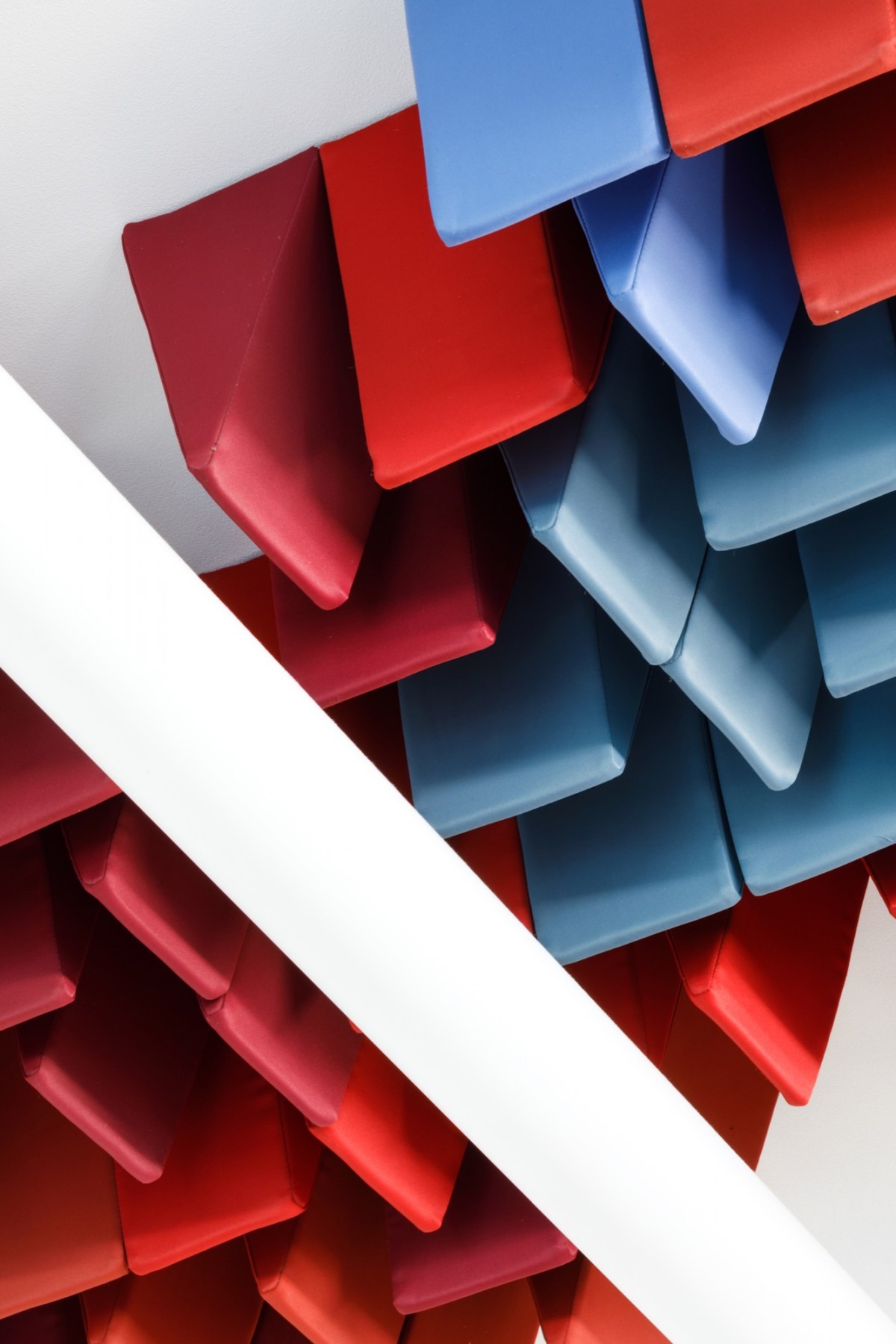 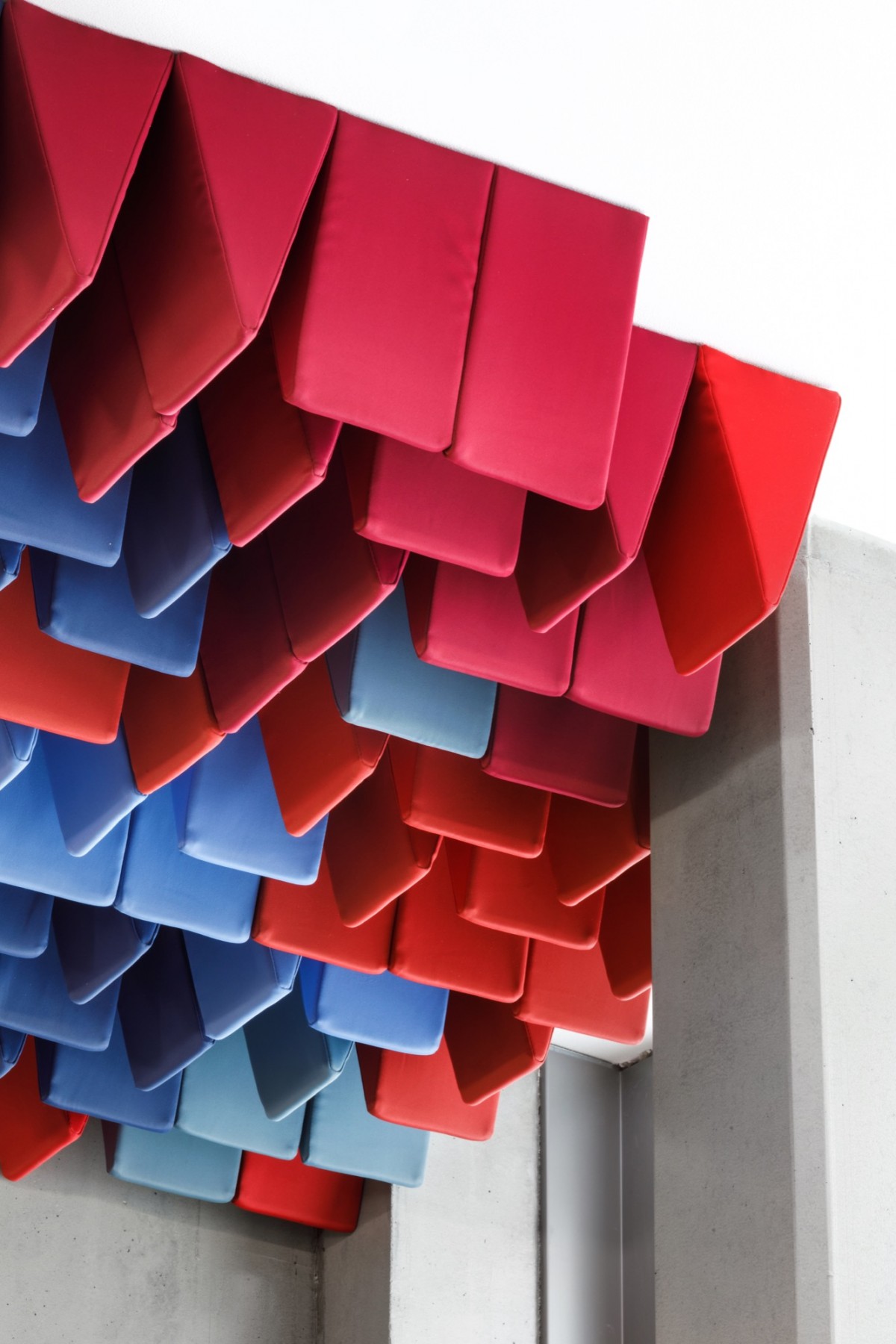 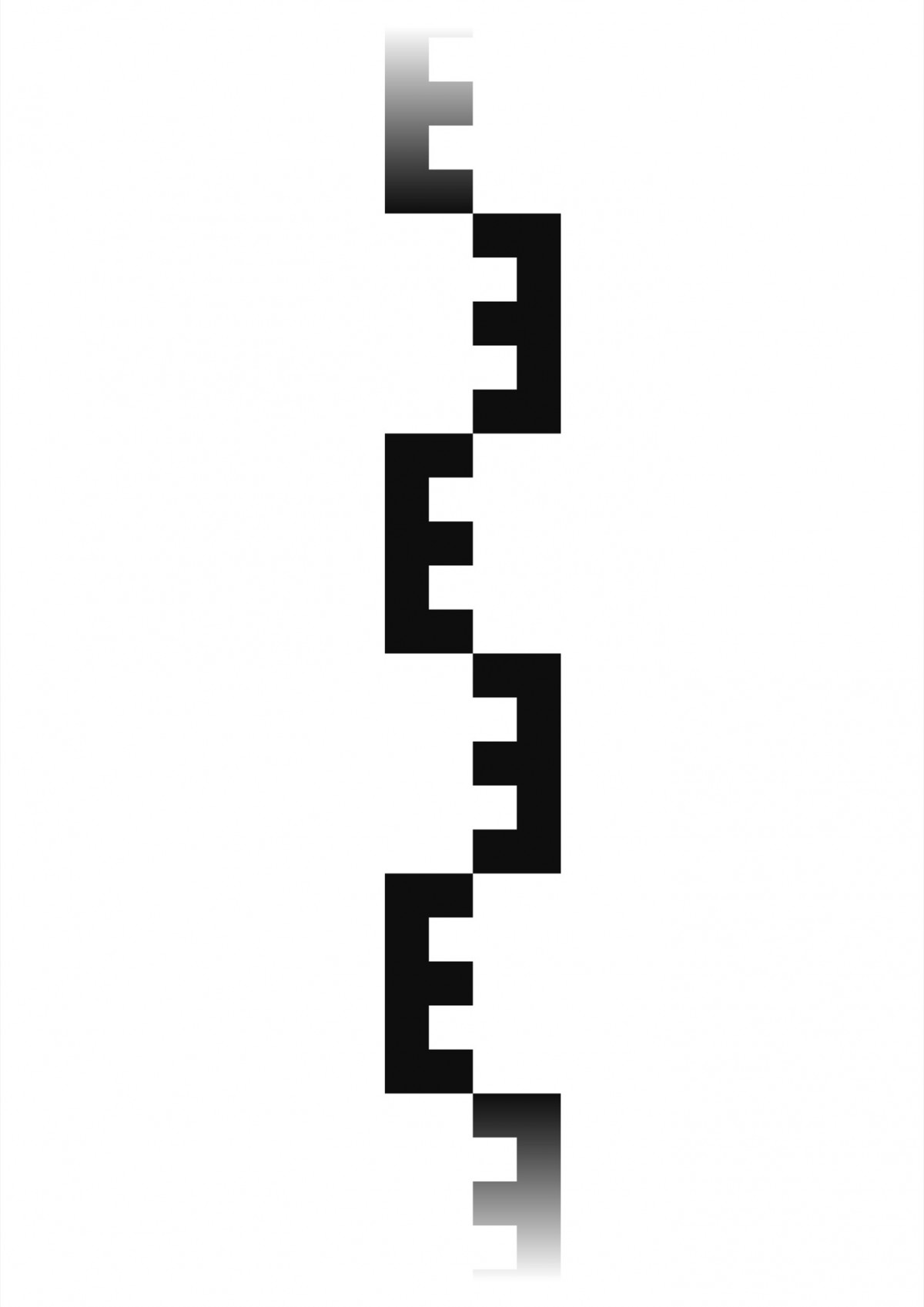 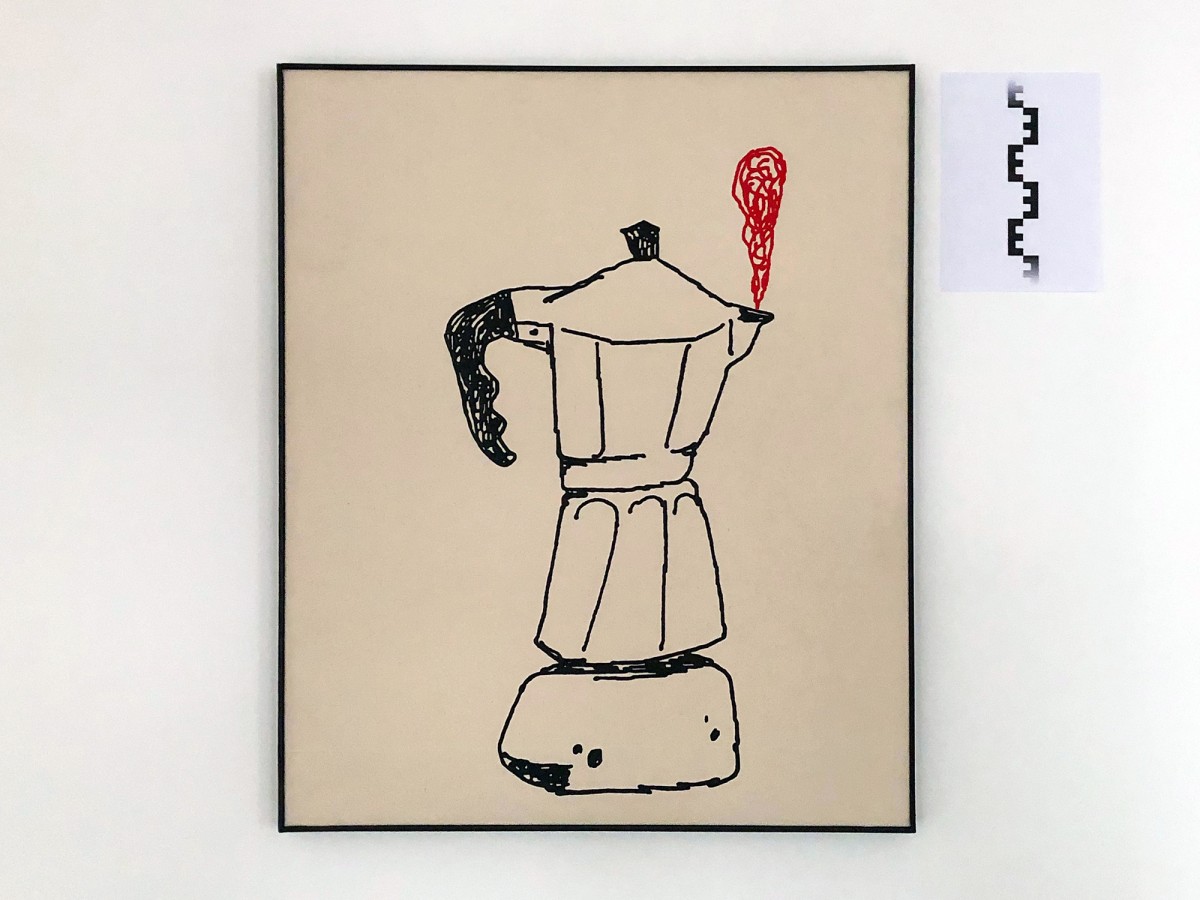