The silhouette of Tribunes is inspired by the minimalist theatre designed by Le Corbusier on the rooftop of the Unité d’Habitation, in Marseille, in 1953. Originally built on the occasion of the event “Make it Work / The Theater of Negotiations” - organised by the Theatre Nanterre-Amandiers in June 2015 - the project is composed of seven light and portable wooden modules that can travel together or separately. Thought as a multifunctional structure, Tribunes features vertical panels, that can be used to hang artworks, posters or other printed media, and a series of steps that can be converted into temporary office tables. Encouraging dialogues and exchanges, the project provides the stage for conferences, performances and exhibitions. In 2015, Tribunes was presented during the event “Summer Camp 2015”, at the Centre National de la Danse in Pantin, near Paris, and in the frame of the exhibition “Auteurs présumés”, curated by Chloé Grondeau and Émilie Roi at the Galerie des Étables in Bordeaux (France). 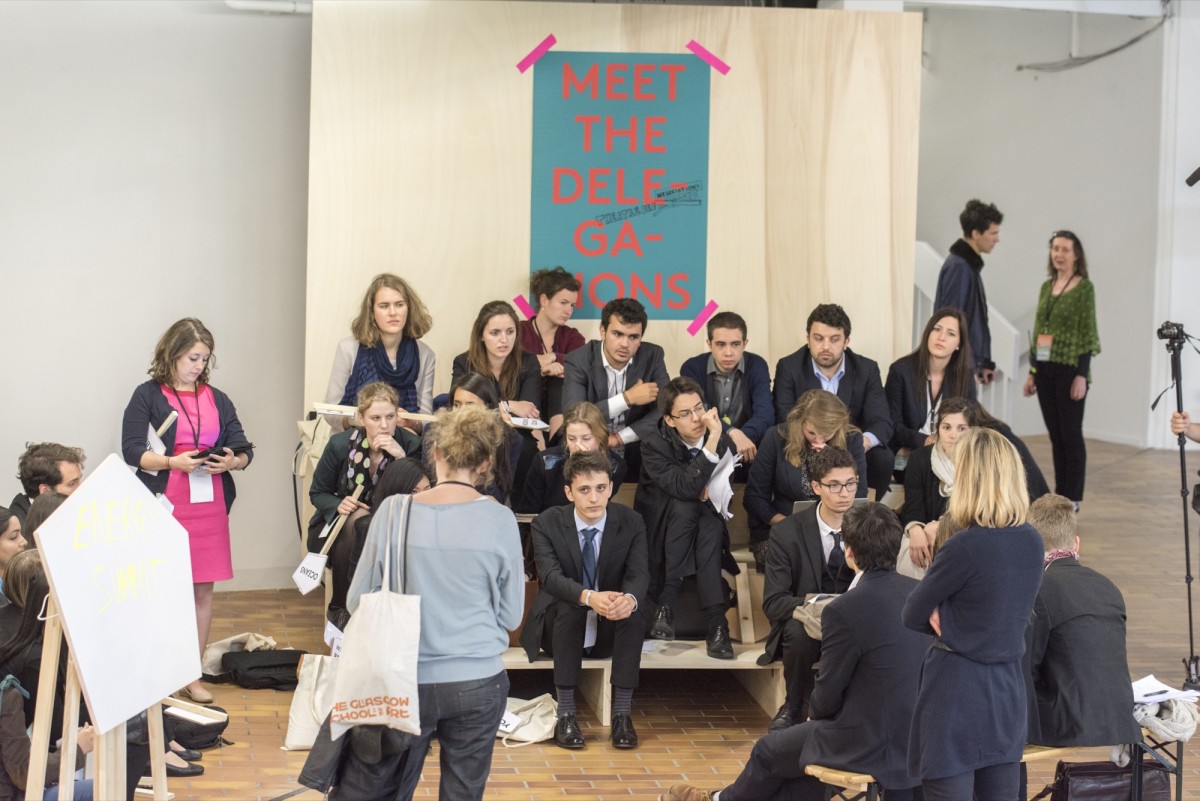 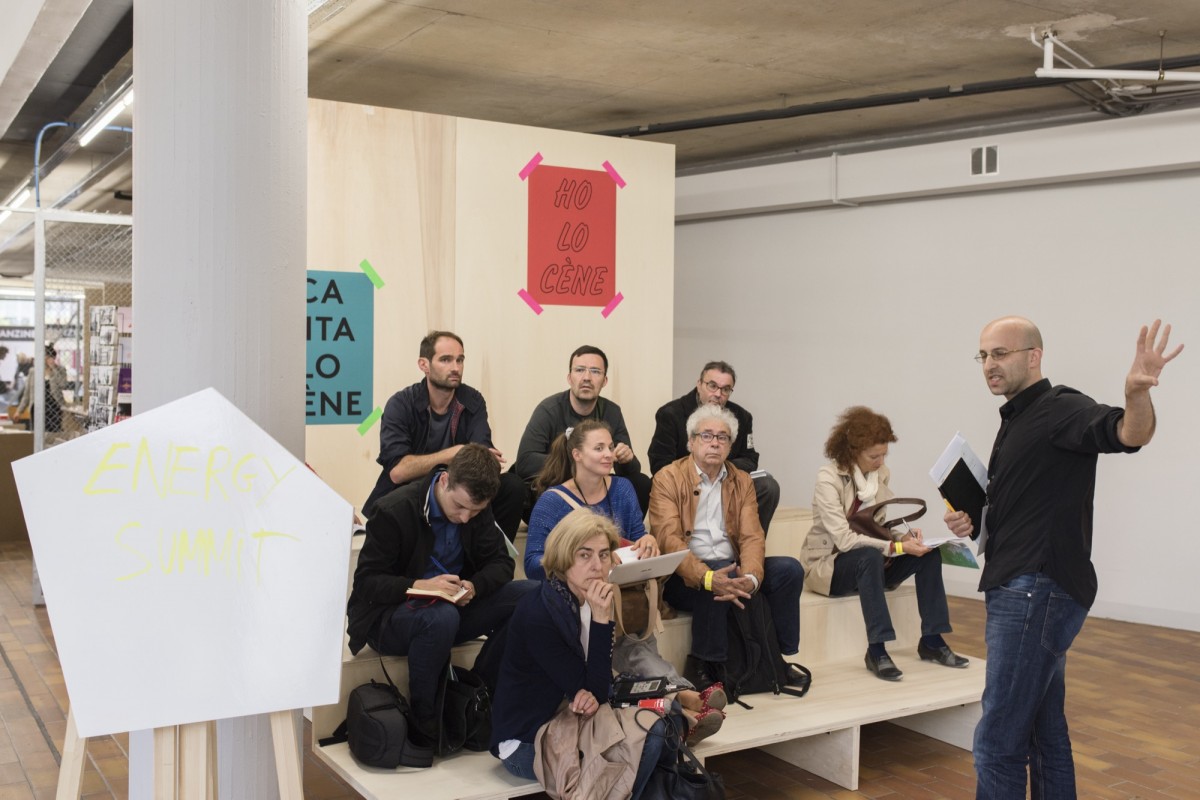 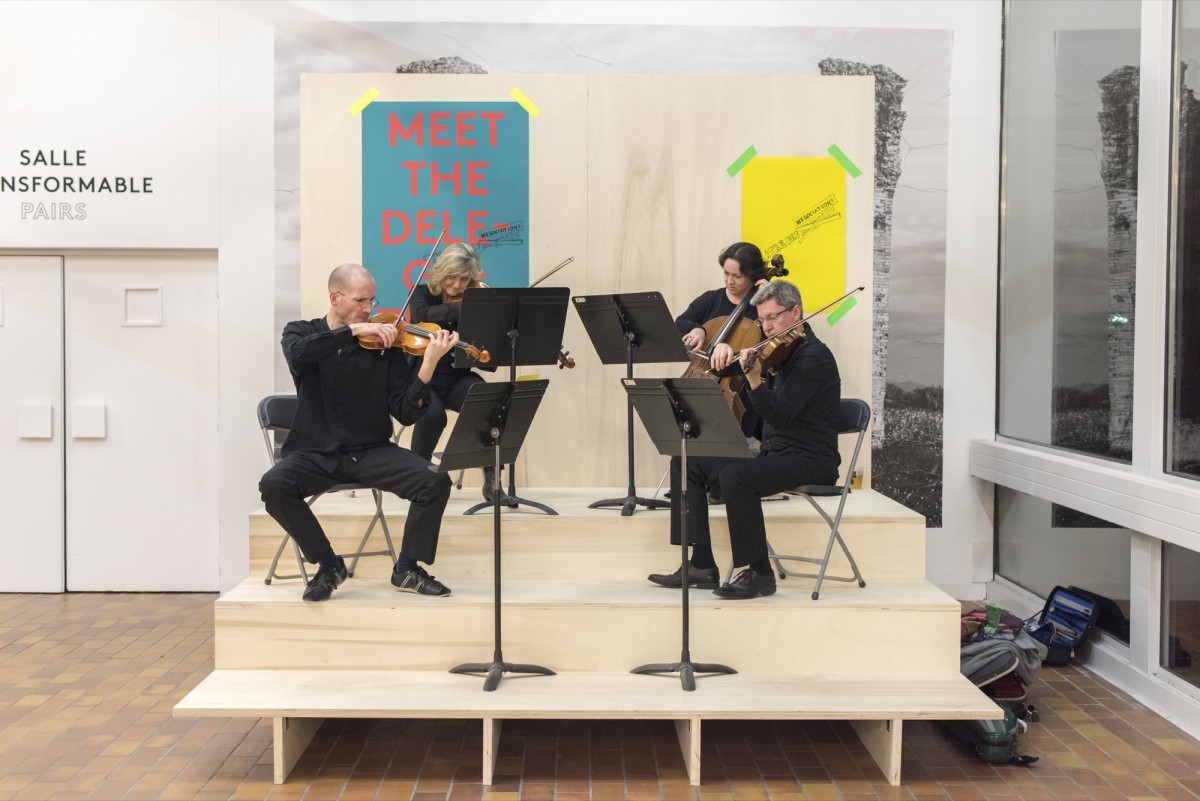 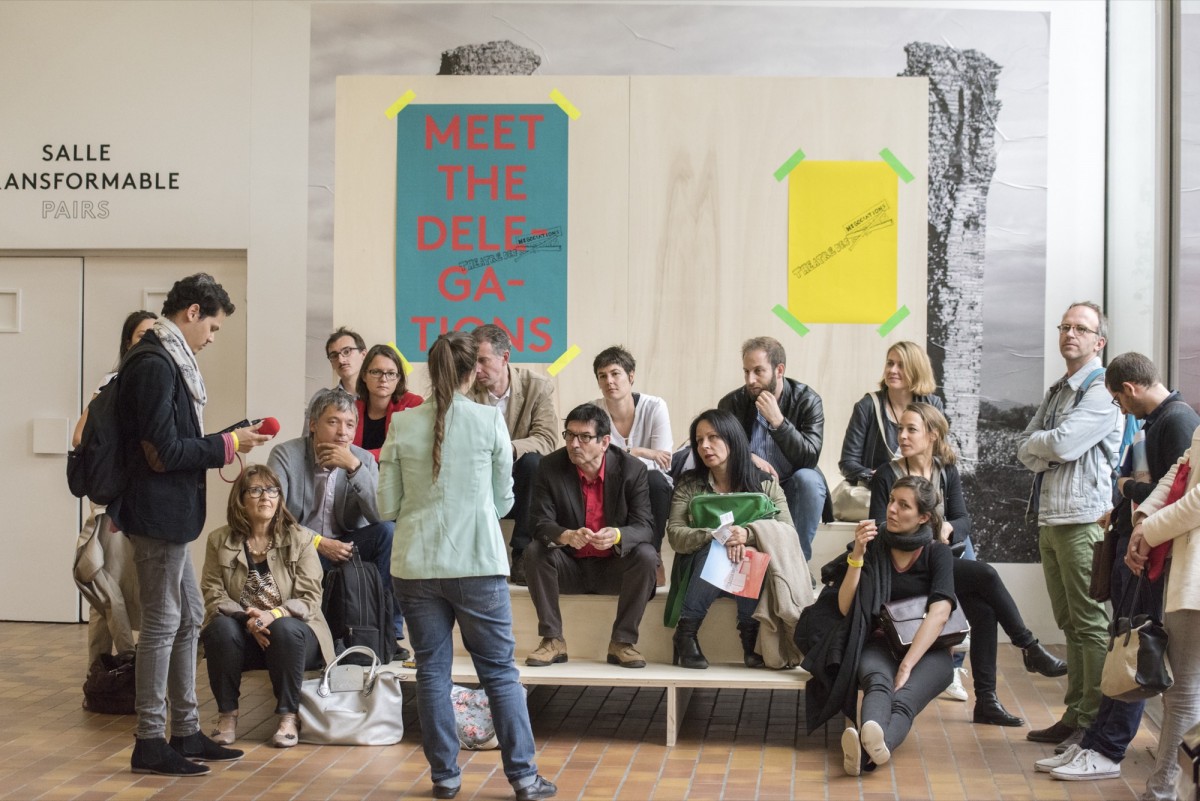 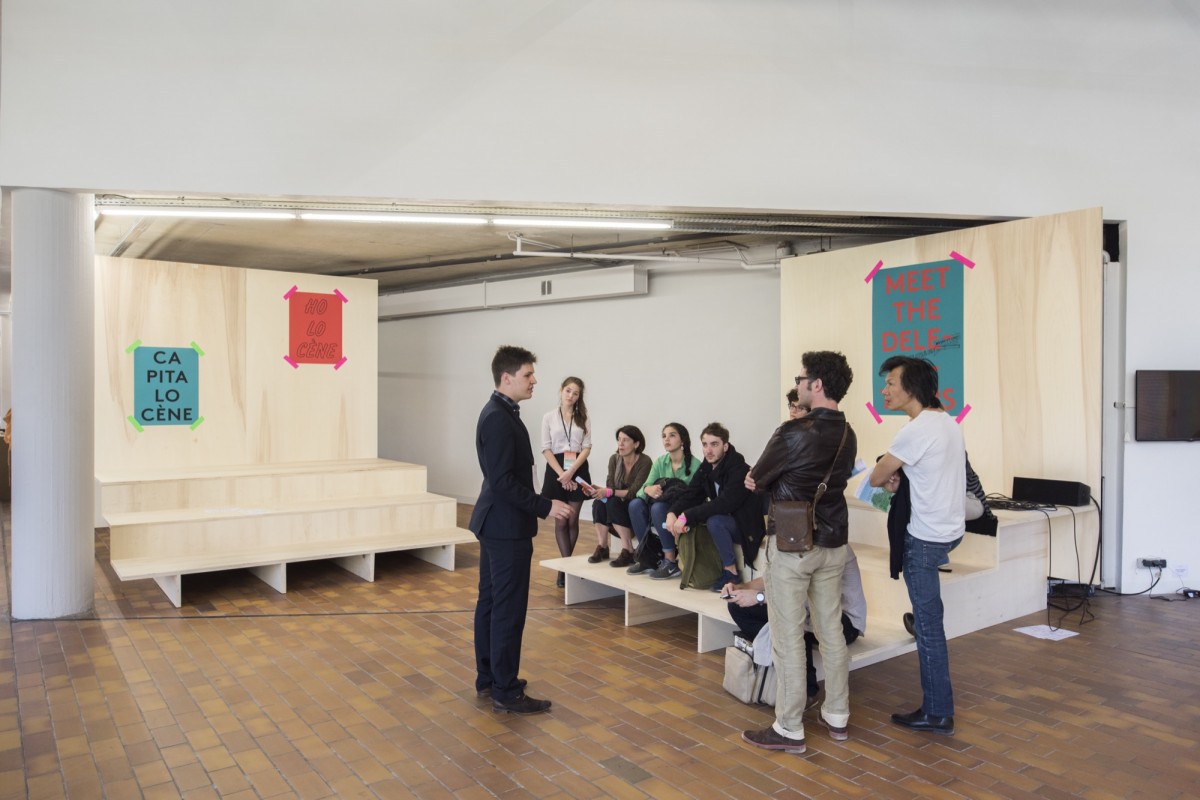 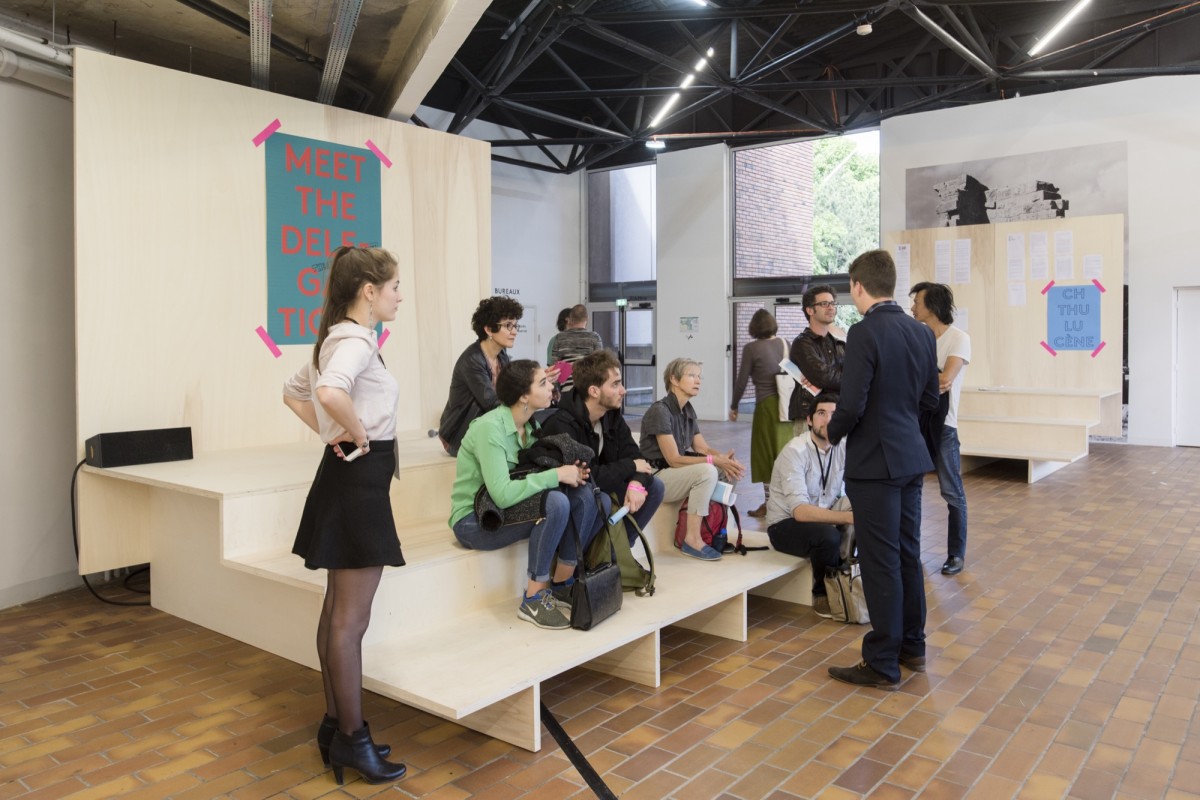 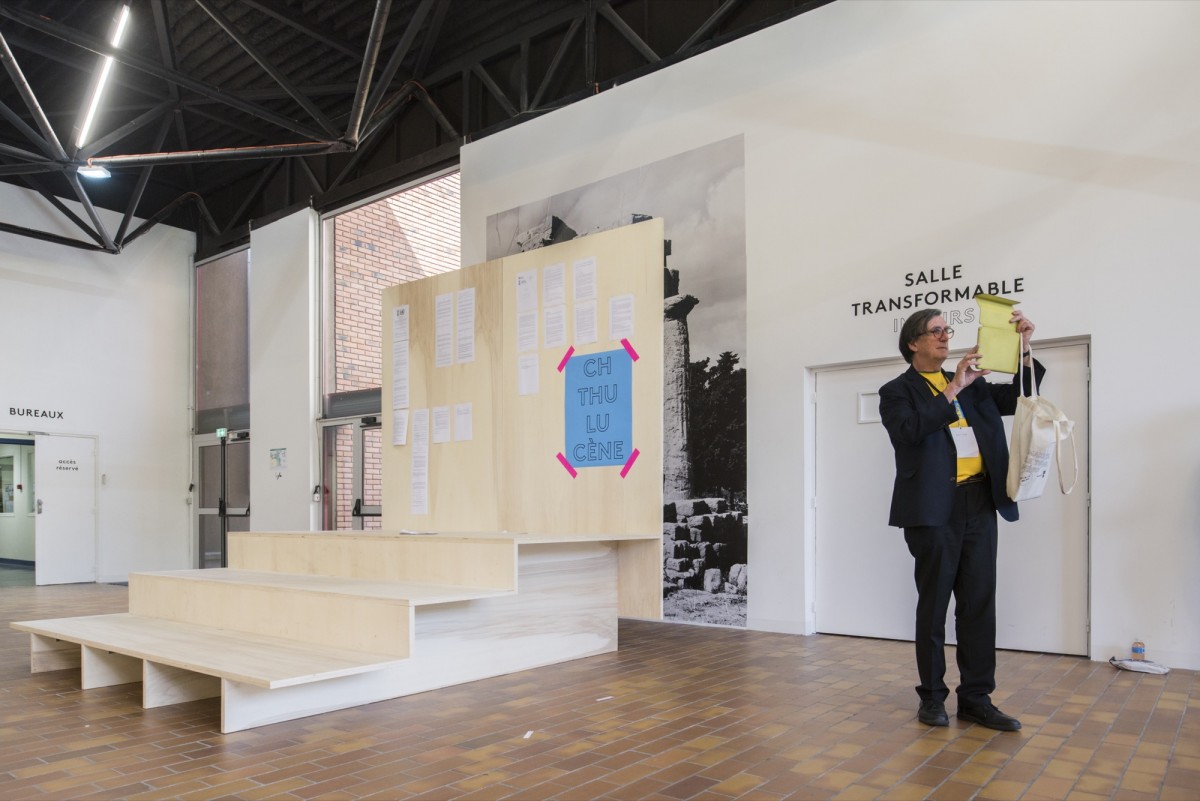 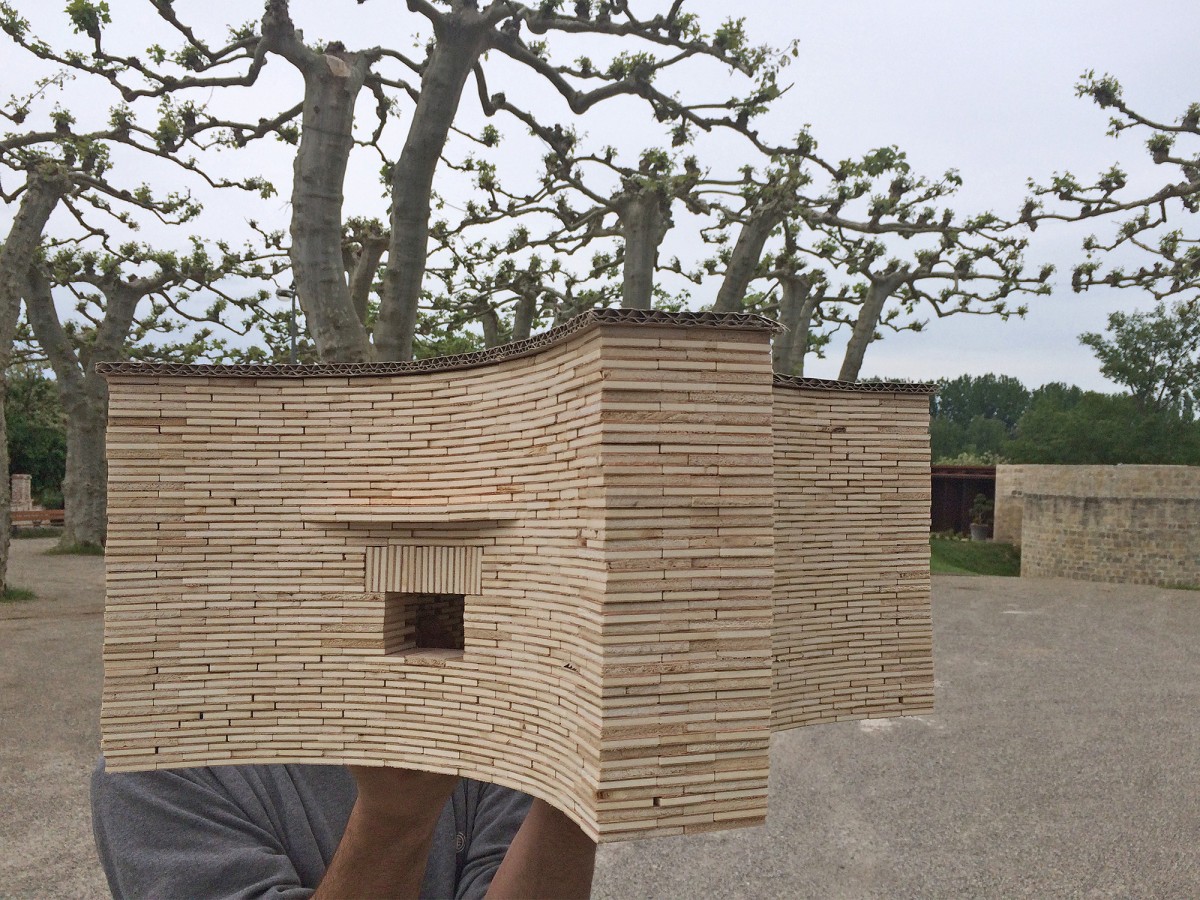