With its geometry and color palette reminiscent of the aesthetics of Le Corbusier’s Modulor (1945) or a painting by Piet Mondrian, the levelling rod is the survey tool of choice for archaeologists and surveyors. A measuring instrument par excellence, it is generally composed of a series of patterns similar to the E-shaped optotypes characterizing the visual acuity tests devised by the Dutch ophthalmologist Herman Snellen at the end of the 19th century. These graphic specificities inspired the Mire project which was developed within the framework of the 1% artistic procedure on the site of a new college in Elven (Morbihan, France) designed by the architects Benoît Robert and Nicolas Sur. Installed in full view of everyone, in places frequented by schoolchildren and users, the five levelling rods serve as landmarks in the landscape and invite people to contemplate the surrounding space. Their long form, as well as the durability of the materials that constitute them - enamel and volcanic stone - also make them benches in disguise. 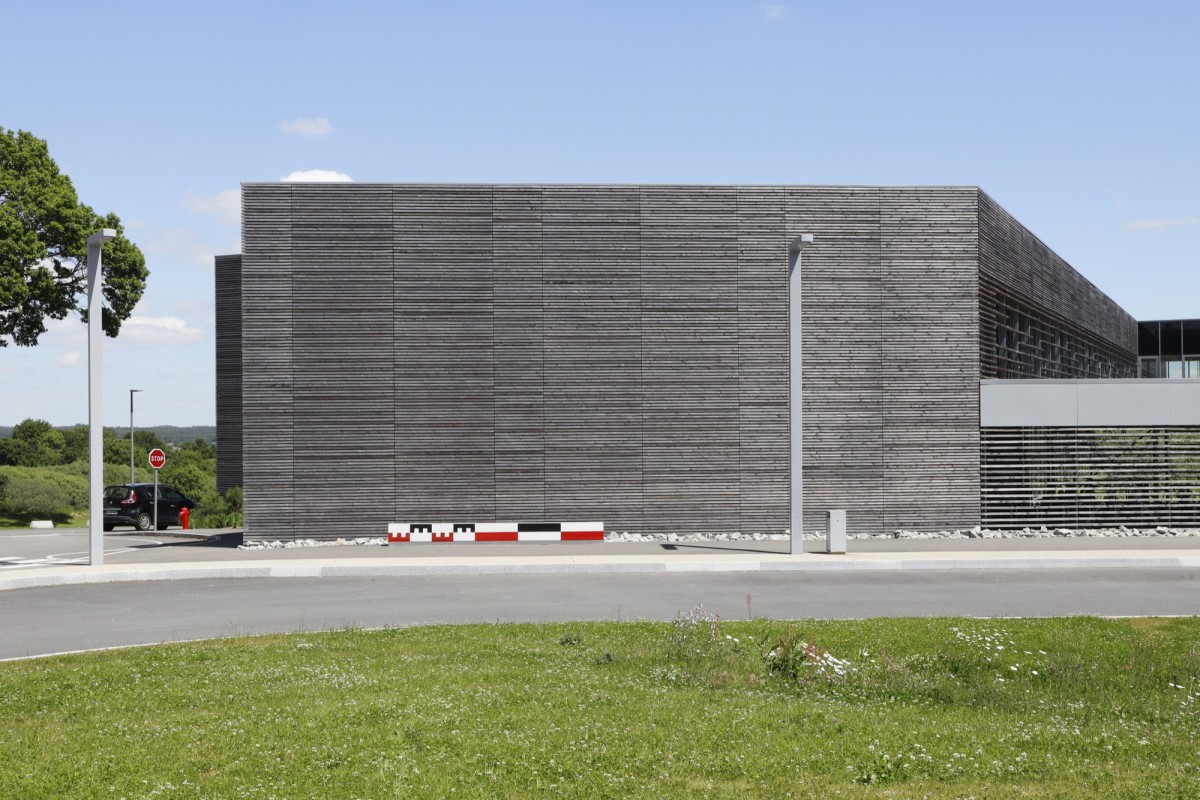 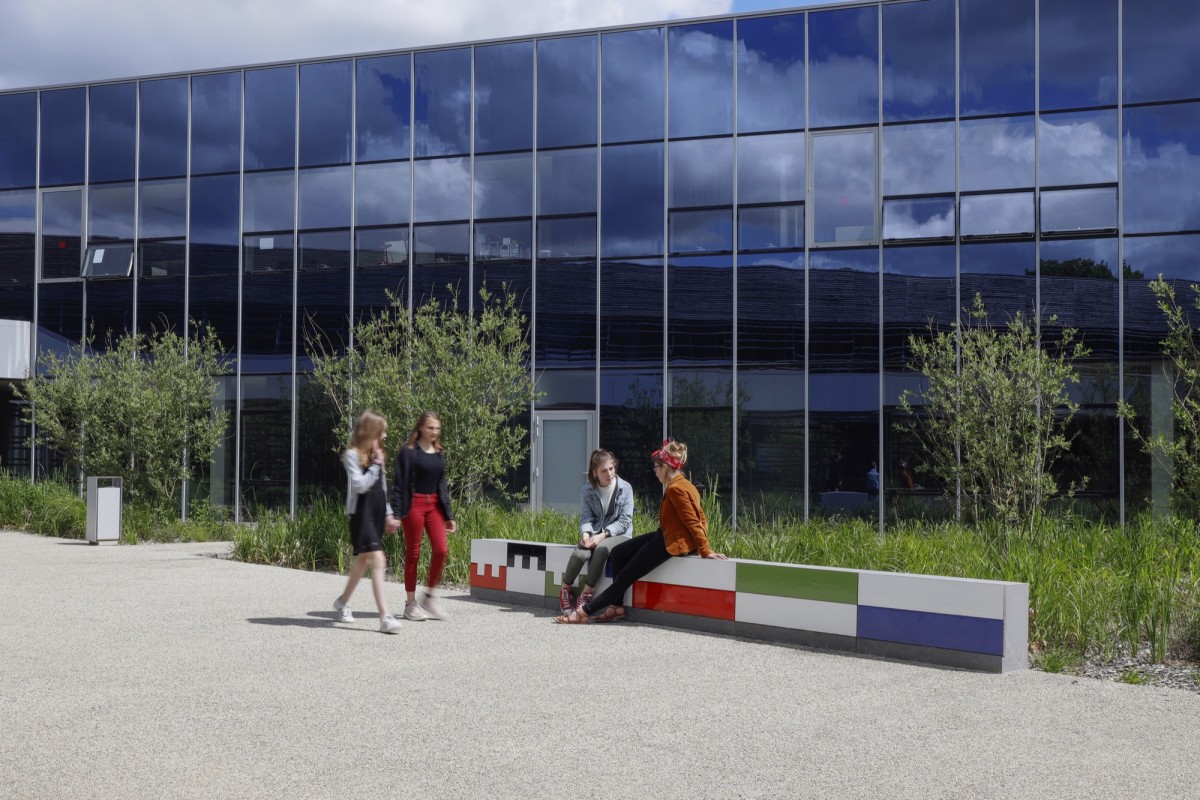 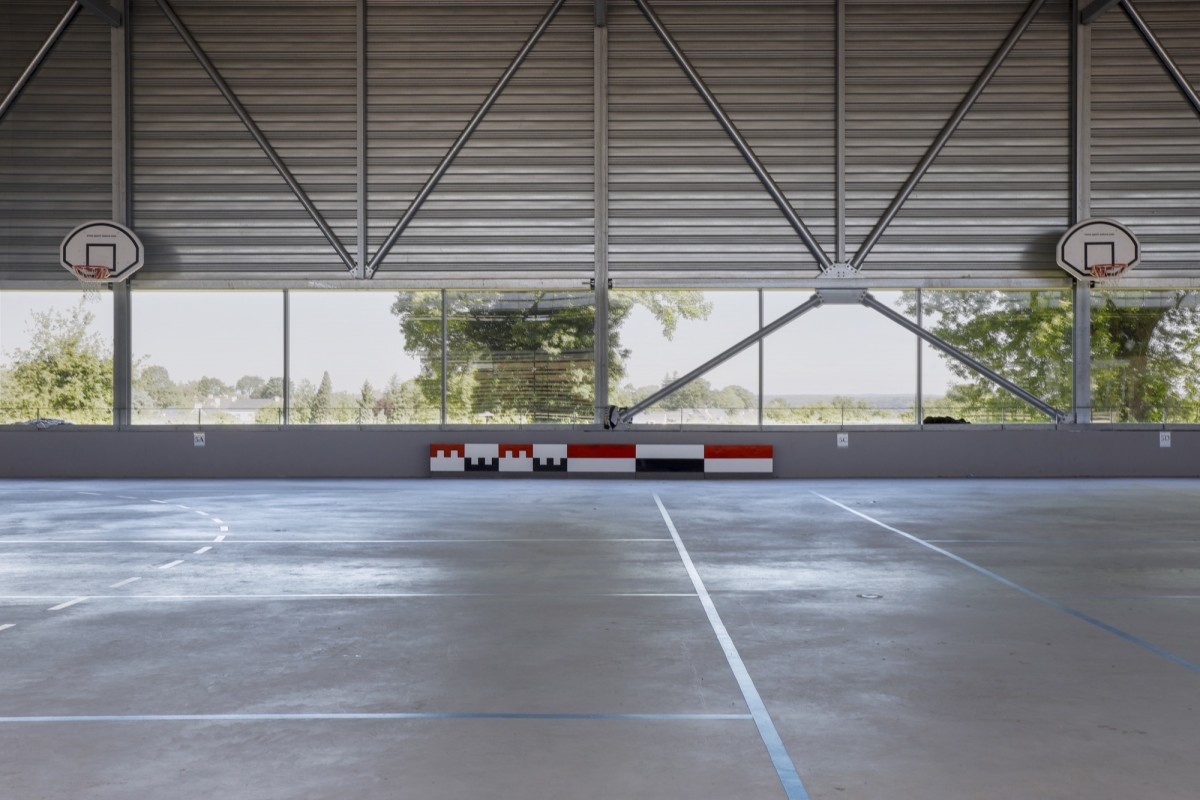 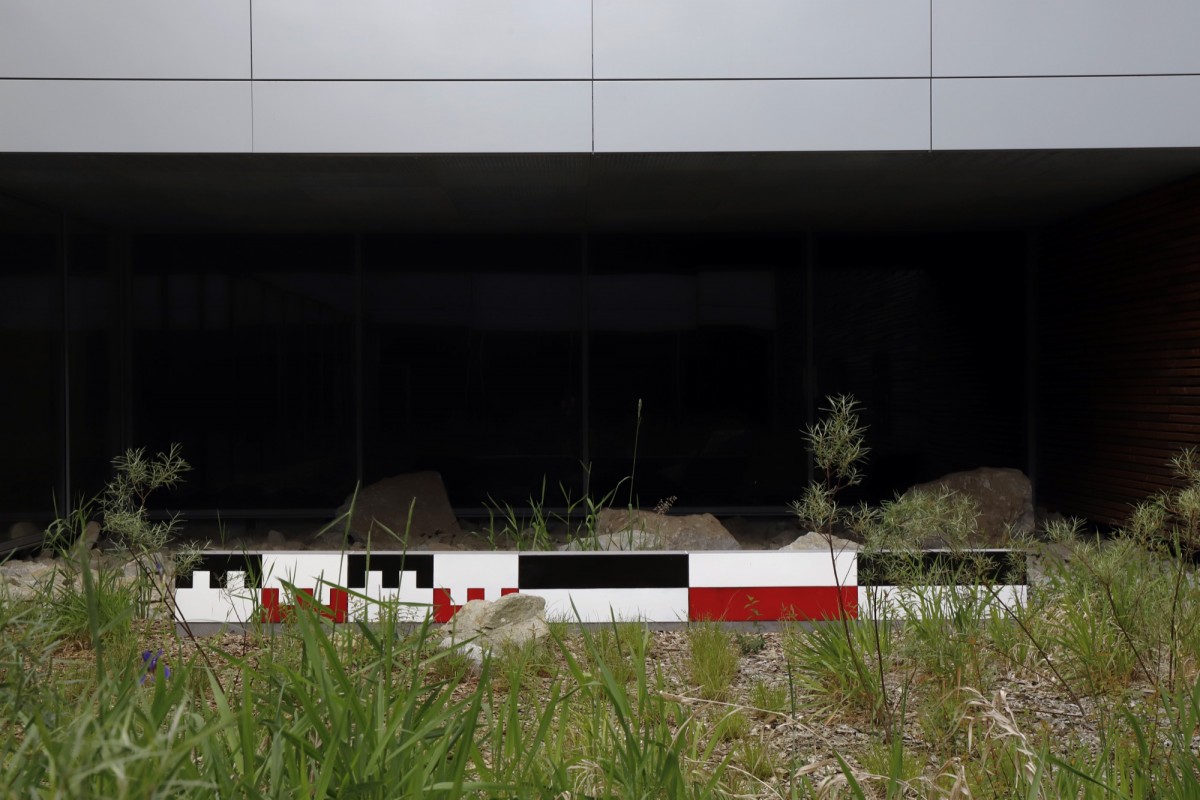 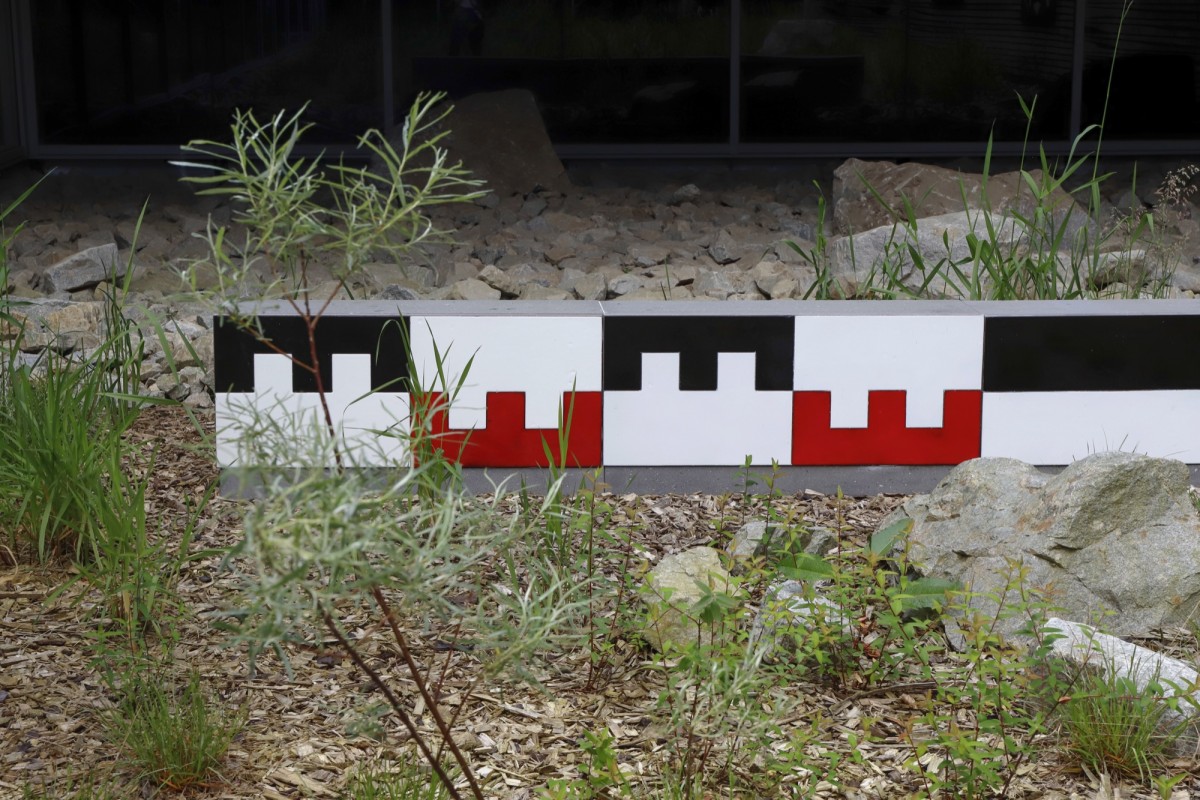 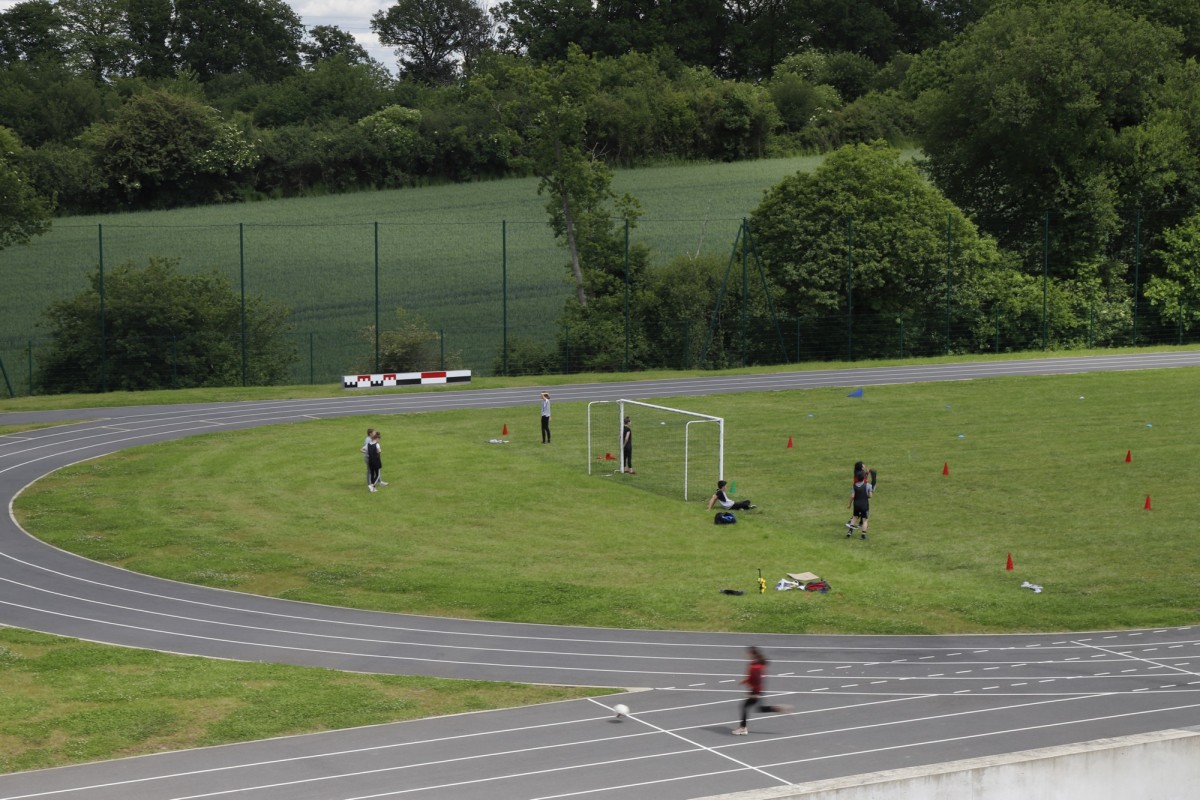 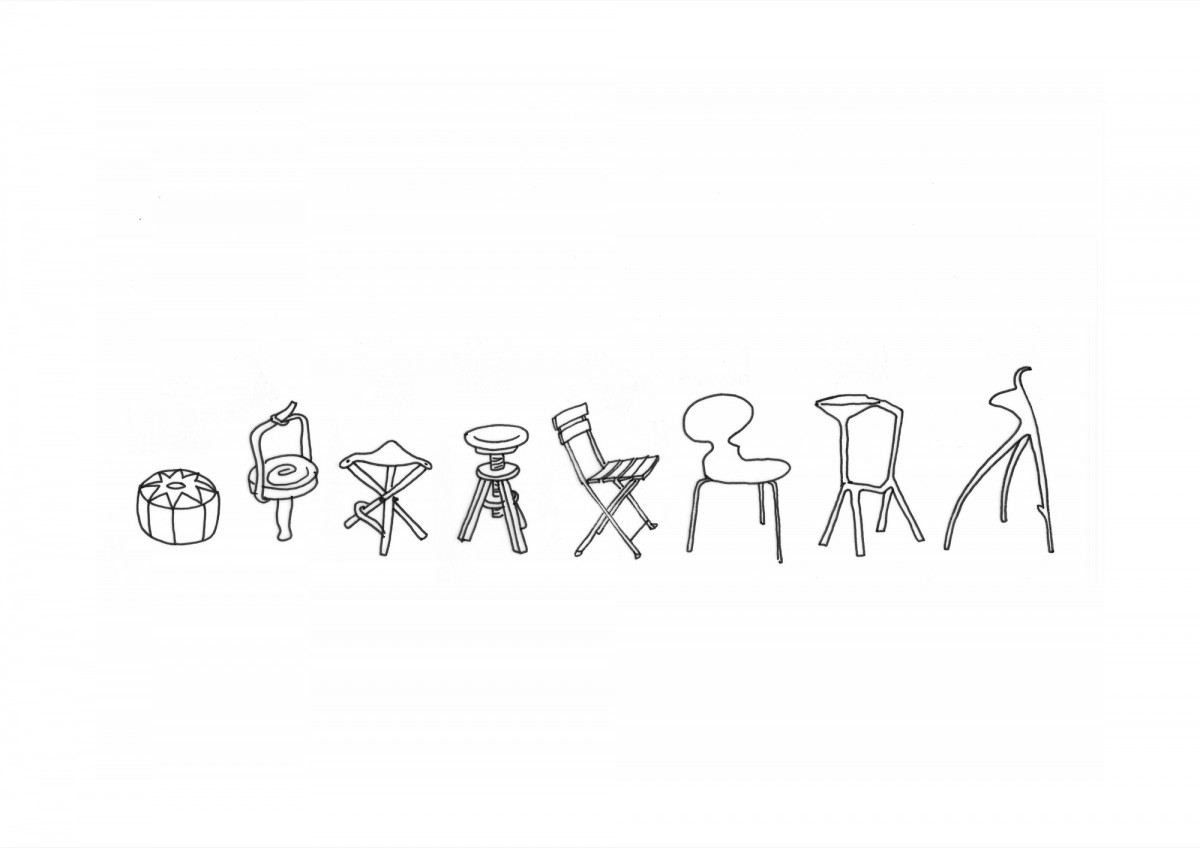